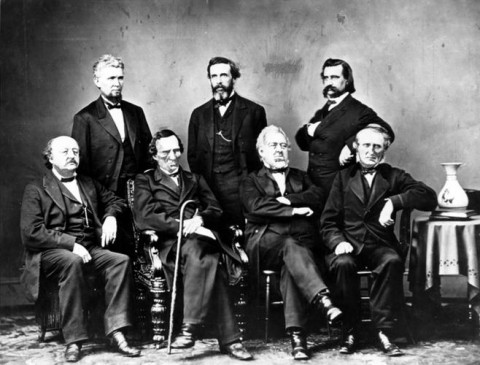 I enjoyed this Full Disclosure.  So much so that we're going to troll for more old feebs confessing their allegiances to Roy Campanella and Preacher Roe ...

"The glory of young men is their strength; gray hair is the splendor of old men."  In sabermetric terms ... a recent college graduate has more energy and interest to stay caught-up and cutting-edge with more clinical research.  You don't see 55-year-olds pick up a guitar and spend the next 8 years "sitting on the edge of my bed playing through Eric Clapton with a six-pack of Schlitz" as Eddie Van Halen put it.  You've got to have the dreams of conquest to go along with the info download.

DaddyO said, "And apologies to all those to whom these memories mean little or nothing. I hope you can indulge us. All I can say is what older people have always told younger people: 'Just wait, you'll do it too some day.' " Yep!  :- )  But, am guessing that some of the kiddies have noticed that Grampa's stories can be interesting at times.

From my own point of view, it hadn't really hit me that half of the best commenters here had personally watched Sandy Koufax.  That explains a lot, now doesn't it?

Didn't leave a line for Tuner and the tables have to be pre-set.  Sorry amigo.  If you're getting ads from AARP you're in the subcommittee ...

What type of ignitor are we talking about? The classic for me is Henderson/Raines and I don't think he's in that speed range. Ichiro is mentioned and although it's Alvin Davis that had the AL rookie record for IBB (16) Ichiro accruing 10 tells a lot about how quickly he was respected ....

Looking at Aparicio by the numbers, he looks like Jose Reyes with just a bit less pep and pop. It seems that can be enough to be the best a franchise has ever had there ...

Jose Pagan...did you pick him because of moving off SS, lesser SB totals? The more I look at those stats. ..I thought Jose Lopez was an insult, geez. 46 SB in 15 years? I'm looking at these offensive stats thinking "Betancourt put up better numbers here".

Were you envisioning the defense with those comparisons or have you not tried the KoolAid?

Ketel has 100 MiL SB and I'm looking for an offensive profile that incorporates that. Doing a 7-degrees-of-most-similar-by-age isn't getting me anywhere. Ray Durham with less pop (but at SS...)

Several dozens of players I've looked through now and I find Barry Larkin. Larkin without the pop? I'm not gonna claim he's that good, their pedigrees vary greatly to that point. Thier first cups are eerily similar though so let's check similarity score...Rewarded with:

All of them eventually clear the 10 HR plateau that Marte may not. But offensively he seems like he could fit in there somewhere. That list ranges from 75SB (Stennett) to 314 (Furcal).

Great comment amigo!  Hmm ... supposing we're talking about .300 hitters (neutral park) with okay walks and 30 stolen bases.  Enough power to sting the ball at times, like Ichiro and Carew, but of course not 18-homerish power.  That's what I'm HOPING for from Ketel Marte.

The thing about Luis Aparicio and Ozzie Smith were that they were valid "lineup ignitors" AS DOMINANT GLOVE MEN - both were known as the #1 defensive players (any position) in their leagues.  If a vintage Leonys Martin gave you leadoff hitter production, that would be the kind of player we'd be talking about.  Dr. D personally resists these player pairings.

In the HOF class we mentioned Mr. 3000s like Pete Rose, Tony Gwynn and Rod Carew; that's the 95th percentile of this template.  As we noted here, Marte at age 21 had a better major league season than any of them did.  I hope we don't have to spell out for youngsters' benefit that a couple hundred at-bats is different from 25 years' worth of All-Star games.

Jose Altuve has a "specialness" to his HIT tool that sets him way apart.  You can't compare any rookie to Steph Curry until he does what Curry does, but here's the template.  3000 hits career, 30ish stolen bases, 8 homers, 30ish doubles.  Doesn't it seem twice as hard to play the Astros when Altuve is leading off?  That's what Diderot is getting at, I think.

Ben Revere plays the OF but is a certified .300 hitter.  If Marte turns out to have zero power, a pure slap hitter of Aoki magnitude, that's the variation he's going for.  Marco Scutaro isn't so different and there's the multi-position flex guy that Moe and others have talked about.  If Ketel Marte becomes Marco Scutaro, we'll all be tickled pink.

Somebody brought up Derek Jeter.  ("Somebody"?  hey, this is AARP!)  Cool, if you're talking about the Later Derek Jeter.  Early on, Jeter had lots of power.  But ages 36-38 he lost some of that, and posted the 110 OPS's that caused him to descend into this conversation.

At any rate.  If and when you can get an $0.5M starter who is an average-solid contributor, you've taken a whale of a long step towards the World Series.  April and May will be fun to watch at shortstop.

Now where'd I put that Geritol,

....that you mentioned the Wizard of Oz.  Way back in the day, when I gobbled up James' Baseball Digests (they were soft bound by the time I was buying them, maybe '84-'85) he spoke of just how good an offensive player Ozzie was.  We forget....

And he did it without hitting homers.

Over 6 seasons, he hit a total of 12 homers and was a league average offensive player.

Marte CAN succeed at the plate, even without pop.  Taylor, too, for that matter.

And as to Altuve?  My goodness he's a catalyst for the 'Stros.  There's the wish, Marte becomes some sort of Ozzie with the stick, or an Altuve-lite.

Wills, the SS, not the ex-manager, put up some crazy steals number in the early '60s, but his career .280/.330/.661 numbers might be comparable to Marte.  Marte might have more power inside the park.  Certainly, could be a 90+ runs per season igniter.

Let's see how Marte performs for the next decade.  These could be exciting times.

Thought of a contemporary

Jose Iglesias plus the steals might be about right on both sides of the ball. Some indications that Iglesias has the speed but isn't using it.

Just wanted to make sure I was clear on my Aparicio comparison.  I'd draw the distinction between 'ignitor' and 'force'.  In their own individual ways, Henderson and Ichiro were 'forces' at the top of the lineup.  I don't suspect Marte will ever be a 'force' in that sense...never an Aparicio.

But what I was describing was what Aparicio meant to his teammates...to use the old basketball cliche, he made all his teammates better.  He gave the the team an identity when it had absolutely zero on offense.  (Nellie Fox was solid, and they did bring Big Klu in late in 59 to push them to the pennant).  But Little Louie made everone relax, because all the attention was on him.  If you imagine the "K-K-K" chant at Safeco for Felix, that was exactly what the steel workers and their kids were yelling those days at Comiskey: "Go-Go-Go!"...every time he got on base.  And in that way Marte reminds me of Aparicio, because of his  sense of fearlessness......almost cockinesss...with deliberate distraction...of 'go out there and make it happen'.  From the very first day, he gave me the sense that he felt he was fully entitled to be out there alongside Robinson Cano.  Imagine--at his age!

We saw what the M's were last year.  The perfect Earl Weaver epitome of waiting for the three run homer.  But wihtout getting the first two guys on base.

I expect JD will remain true to his word and bat Aoki leadoff.  As I review Shandler's latest, I notice he was #1 IN ALL BASEBALL in contact last year.  That takes pressure off the young guy by hitting him second...until Aoki (probably/hope not) gets hurt.

I think the idea of two guys who get on base 35% of the time...and can easily motor from first to third on a base hit...is the 'ignition' that our offense needs.  And that's the role I hope Marte plays.  He'll never be Aparicio--but he doesn't have to be.

So, to clarify my comparison of Ketel Marte to Jose Pagan.

Pagan was, in his early years, a decent shortstop, but not a star. By 1962, when the Giants had "their 1995" when everything came together, he did well enough to garner votes for MVP (remember this was the year after NL expansion, but also when pitching dominance was really beginning with Gibson, Marichal, Koufax, Drysdale, etc.). Pagan was considered a contributor, but an 8/9 hitter to be driven in by McCovey/Mays/Cepeda, not an offense creator.

While I'm not "down" on Marte, I don't think he's in Aparicio's class as a fielder, and he hasn't shown Aparicio's daring on the basepaths - what I saw of Luis, he was a guy who had to be watched, who always looked for the edge.

Marte may blossom. That would be really neat. But I believe his floor is of a decent, not spectacular, SS, and a lineup contributor, not an instigator. Comparison to a decent SS of another era who had a long and successful career may be acknowledging his floor only, and not giving him credit for his upside, but just the mention of Lopez and Betancourt (who was a fabulous natural SS who didn't work at his craft and lost it) shows the scepticism we ought to have of Latin player development with the Ms.

My hope for Ketel for 2016 is that he holds down the SS position, contributes from the 8 or 9 slot in the order, scores 50+ runs, and is a key part of an Ms renaissance. That, to me, would be being like Pagan. If he does more - bats .290 from the #2 slot and continues to show (flashes of) good range and footwork at SS - the Ms will be that much closer to really contending, rather than the ~81-win team being predicted.