Skip to main content
Hottest Groks
The Emperor's New Clothes, dept.
this is wayyyyy too good a team to burn 20% of its games in lighter fluid 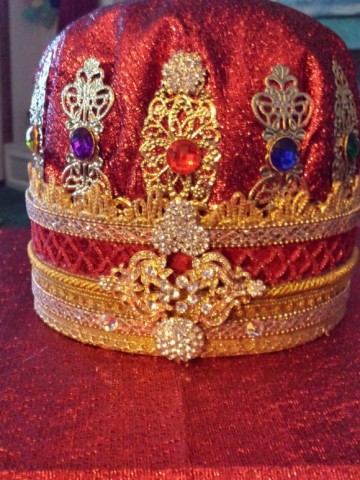 Just throwing this out there. Doc, I'd love to get your take on Felix these days, especially after yesterday's dud. I suspect the shoulder is robbing him of his velocity and even if gets a smidgeon of that back, his power pitching days are basically behind him. So what does he need to do to keep pitching effectively in the majors?

Saw that on Slack, the opinions were across the board on him.  The Mainframe however saw 88 after 88 after 88 get volleyed over various fences and nets as though they were served up by tennis coaches.  And that was last year .... ba-dumpbump

The 88's were NOT being snuffed at this location, at that location or at the other.  They were snuffed from any location that the umpires call a "strike."

Dr's diagnosis:  get a high school graduation ring and sharpen one edge of it to a razor's slice.  Failing that, come down with a mysterious injury that saves $27M per season's worth of face for both Felix and his mortified set of bosses.  The problem is this:  there really is no way to successfully pitch in the majors with a slowball that is above the kneecaps and poorly located.  You might start by perusing this leaderboard and sorting by fastball velocity.  Spoiler alert:  there were 2 pitchers in 2017 that averaged < 90.0 MPH on their fastballs:  R.A. Dickey, who did not throw any fastballs, and Jason Vargas, who threw a very select few of them and normally to places outside the strike zone.

SLIGHTLY more seriously, if Felix were to throw a 33-33-33 mix of pitches and THAT only per Dr. D's wisdom -- sneak the fastballs in when ahead in the count, and the hitters therefore defensive -- he might keep (deserve) a #5 starter's job.  Felix' hope for survival lay in a 3:1 CTL ratio, but to this DAY he seems to remain unconvinced that he is not an Opening Day starter if not actually an All-Star Game starter.

The Mainframe despairs of any of this ever actually occurring.  Only last week, Shannon Drayer wrote a straight-faced piece lauding the way in which the coaching staff was providing Felix jussssst the avante-garde information he needs to dominate once more.  .... wellllll, maybe not quite despairs; a 3-IP hook is a sign that all hope may not be lost.  From my standpoint anyway, there is a best-case scenario which overlays the only-case scenario:  somebody else taking the 5SP slot.

One might object that Dr. D is far too fine a fellow to say such unkind things.  Dr. D might object that whatever BASEBALL's unwritten codes might be, LIFE's codes dictate that it is better to be self-aware than to elicit sadness from others.

Dr. D noticed also that amigos were surprised that Roenis Elias threw 94 MPH.  No, this is not unusual for him.  Neither is it unusual for him to throw a quite presentable curve and a work-in-progress changeup.  What IS unusual is for Elias to avoid mistakes with sufficient frequency to avoid gopheritis.  If, that is, he is pitching against hitters booked pre-game on him.

TJM called the Scrabble DFA within four, five days of its actual occurrence.  M's fans are reduced to hoping against hope that M's brass will find a way to sweet-talk Felix into surgery / role change / training table / pong game / something he won't file a grievance on with the union.

There have been a few situations in the majors more pathetic than this one.  No, we don't mean "pathetic" in the pejorative sense; we mean it in the literal sense, eliciting a feeling of sadness.  M's fans remember Jeff Fassero's last few months with the M's, Philly fans remember Steve Carlton's last year or two, and so forth.  Yon, there be dragons; here, there be the "deep, dark corridor" of which anti-contract Jerry Dipoto spake.

Just my TIC opinion and even that could be wrong,