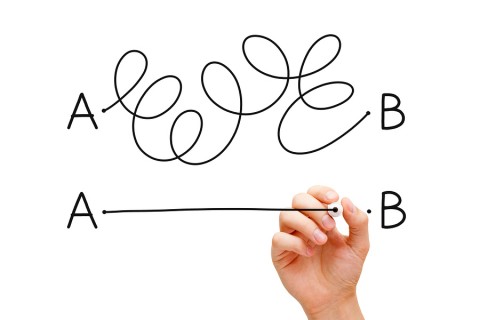 Sudden thought.  If you're looking for blog posts that vary in style and rhythm ... at SSI you're already considered Looney Tunes.  Why not just go completely round the bend and try CONCISE?!  What are they going to do, type in all caps at you?

So, just for laughs:

Unsurpassable niceness.  Been a good soldier.  Always doubted the consensus on his newfound ability to slug .600.

Earl warned, you gotta be fair to the other 24 players.  By "fair" he meant, "give them their best chance to win the game" and he meant nothing else.  I'd cut bait.  Even if Guti does have six homers left in him, so does Stefen Romero.

JeDi was apparently right about the injury.  Amusingly, there are NO other major league players who bat .200 and slug .400.  Not even close.  As Hawkeye said when he watched Thor tear S.H.I.E.L.D stadium apart, "Better waive him soon.  I'm startin' to like this guy."

A lot of the "baseball body" fitness freaks are sculpted because of ego and because of the ladies, not because of baseball (only).  Billy Beane votes against the idea of judging ballplayers by whether they can sell jeans.

This applies to American players and to Korean ones.  :- )

All those curve balls and long-AB strikeouts, sudden workload increase, why don't the M's just accept his 6 IP.  Funny how you need 8 relievers -- and also you need 8 IP from your starters.  Tonight's Cincy game isn't a 3-day cricket match.

Karns #8 in the AL in K/9 this year, which is where he'll finish the year.  There are 4 pitchers in the league with more K's and a better FIP:  [Price], Salazar, Hill, and Smyly. These are 2016's big Kluber-, Archer-type SP arrivals.  Kinda.

1 IP last night, which is the same as saying three batters last night.  The MILB.com recap did not indicate whether he adopted Daniel-san's "Flying Crane" pose before strike one.

Is it him or is it JeDi?  It is an overall culture.  The Tipping Point was due to 9,000 different factors including no Mark Trumbo or Brad Miller being here, inspiring fellow M's to hack away for glory along with them.  This culture has "taken" real quick.  Even Sweet Lou needed time.

The bounceback from the Angels series occurred real quick, too.

Rather than WE deciding when to cut bait on Aoki and Gutierrez, let's just WATCH for when JeDi decides to do it.  Nice to have an open Yahtzee slot into which to fit a 6-6-6-6-3 dice roll this summer.

Never saw a situation in which there was upward pressure like this.  :: hmmm ::  Well, Isaiah Thomas didn't get to play for the 1992 Olympic team.  But other than that.

Had a charming quote yesterday, saying he doesn't buy in to the idea that hitters need to be in rhythm via 6 games per week.  "Maybe if it's two or three weeks without playing, yeah."  Dr. D fell madly in love.

You can be sure that Lind "imprinted" this attitude when other vets used it against him in 2006-08, and now he's showing integrity about it.  So if even Lind himself feels that way, why the vet entitlement?  Dae-Ho Lee's playing time is the only thing irritating Dr. D right now.

Shortly we'll have three or four really good ones ... from the left?!, less important, side.  Only question:  trade one, for what?  The next Shin-Soo Choo would be nice.

Has not won 7-of-8, or 12-of-17, before running into the buzzsaw tonight.  Can't wait to get to the ballpark, er, the HDTV this afternoon.

The Joy of Baseball,

I smiled, Doc. About the Korean thing.

When I shouted earlier that Jackson's body reminded me (long legs, biggish butt and developing belly-chest) of a young McCovey or Stargell, I dang near said that a certain Korean whom I'm growing fond of likely looked a bit like that at age 20.

Anybody know if Jackson likes kimchi?

Anyway, I suppose we will all ignore a bunch of 1-5 nights for Jackson (like last night) if he has the 430 foot blast in him more than occassionally.  But beware the 1-5 nights.  At A ball, they will be more telling than the moon shot.

Right now I'm not quite in.

Dipoto won't hold his promotion to Tacoma in abeyance for the entire summer. No way, no how.

Tacoma only has 11 bats on the 25-man right now; how weird is that?

I guess I'm in the minority...

on Aoki.  Not ready to cut bait yet.

His 318 leadoff OBP looks pretty weak...unless you compare it to last year's 307.