Skip to main content
Hottest Groks
Malcontent on Gallardo
of rebellion, dissatisfaction, and their favorite targets 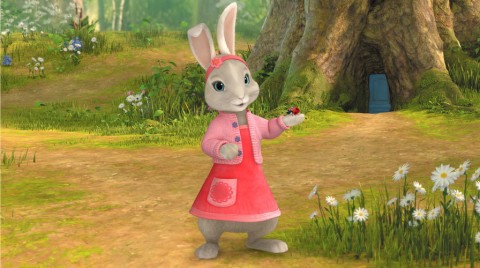 Malcontent (as well as his virtual reclamation project, HWMNBN) has well earned a couple of bows in the aftermath of Gallardo's shutout.  And he has more info-tainment for us:

For practically the first time in his career (The first time anywhere near this level since 2010!), Yovani Gallardo is throwing at the top of the zone aggressively with his 2 fastballs.  Similar things are true of his Slider.  His change-up is new and improved, with a higher level of aggression and confidence than previous seasons it seems.  He still isn't getting the bottom of the strike zone like I want, but he's making things work anyway.  Don't miss the incredibly low exit velocity he's allowed over all 4 starts this season, yesterday wasn't a fluke.

Yes, all those are actually links, and good ones :- ) the second one especially -- where he says "aggressively with his 2 fastballs" -- gives a good look at the number of high heaters.  Good on yer Mal!

Gallardo's batted-ball velocity has been around 85-86 MPH early on, which is very good in a short set of IP, and it does not surprise the Mainframe because --- > he does have 3 different breaking pitches off his fastball, and he is, ah, "careful" with his fastball as innings eaters are.  So it wouldn't surprise any if he maintained an ability to keep hitters mostly off their back feet.

There isn't any doubt that Gallardo right now has more juice in his arm than he did in 2016.  Baffling, and pleasing.  Has anybody suggested ANYthing, I mean word One, as to why his velocity is suddenly back to 2011?  Bottle it and give it to WBC-san too.  Whoop!  Didn't mean to go there, "bottles" where we find enhanced performance.  We don't judge.  +2.7 MPH over the winter is what matters to Dr. D.

Also, there wasn't any doubt that on Sunday, he found a way to make batters respect his fastball (using the ladder approach to camoflage the lack of command).

Personally I have no idea whether, next start, Yovanni is going to come out and use his fastball effectively up-and-down like he did Sunday.  And whether he's going to use his curve and change heavily, as opposed to his slider.  If he does do this in the next several starts, at 92 MPH, then for me it would warrant a complete re-assessment of the SP #5 chess position.  The guy we saw Sunday could easily run a 100 ERA+ or better.  Of course, the Drew Smyly we saw against Venezuela could have easily run a 200 ERA+ or better.  :- )

If Gallardo did have a bounceback year, went Chris Young for us or something, that would be (for me) tantamount to adding a David Price or something.  What's more important, to upgrade from 100 to 140 ... or from 60 to 100?  That would be my own emotional gain on it, anyway.

Investigate Statcast Search.  Get lost in that

yes...there goes all of my free time.

I wish I could get access to all of the raw play by play data with statcast insight.  I would have a massive metric rave...

bookmarked it here too

Dr. D has other shtickmills at which to tilt, so maybe you two can trade off a biweekly column on StatCast finds, or something.  Like we sez if the M's jell this site is going to go next level.

As I see it

Gallardo works by having 3 pitches that look the same.  A fastball that swerves armside (2-Seamer @91mph: +9 Vert., -5 Horiz.) straight fastball (4-Seamer @92mph: +11 Vert, -1.5 Horiz.), and a a fastball that swerves gloveside (Slider @89mph: +5 Vert., +2.5 Horiz. - though I think he's got a Cutter that runs 90mph: +6 Vert., +1 Horiz. and a Slider that runs 86mph/+4V/+3H that get confused for eachother always).  Notice the pretty clear pitch tunnel shared between the 3 pitches.  They spin at 210, 190, and 160 degrees and spin within 50 RPM of eachother, it's gotta be next to impossible for a batter to guess which pitch he's seeing when they're all working properly, which would explain the bad swings on dead centered pitches.

Yet another telling point amigo

Now that he's got his slider up to 89, even 90 MPH that starts to give the tunnel effect as I understand it.  The hitters may be seeing a bit of spin and drop on the slider but it blends pretty good now and it's not the 86 MPH that allowed 2016 hitters to adjust and barrel the pitch at the last moment.

Even MORE good news in terms of that called strike zone on the page you linked.

Maybe you should hire out to the M's as their specialty Gallardo analyst :- )

I'd be interested to hear your opinion Mal as to the likelihood of Gallardo emphasizing the eye levels with his fastball next start.

This whole obsession started because I figured there must have been someone that had already figured out a reasoning to acquiring a guy with an ERA over 5 and a deteriorating track record, so I just reverse engineered research until things started to make sense.

It didn't seem to include ST

I swear Yovani was a different guy in March.  I've watched his 4 starts and seen much more in every one than I saw in all his televised spring games.  I was hoping there were some ST numbers to back that, or even tell me I am wrong if that's the case.

Good call on him though.  Dipoto is not such a fool.  This could still go down as a coup, though it was mostly derided early on.

...the difference between the first three (ugly) starts of the season and the fourth (successful) one is... luck on some singles, and that in Game 4 he executed better?

Woof. Seems a shaky foundation for hope going forward, unless there's something I've missed. Great chat on the underlying mechanics, but there's got to be a reason why the great difference. I can't imagine Yovani simply wasn't executing at all in games 1-3? Going up the ladder is a Game 4 addition?

It hasn't been a pitch he's used much in years, he had an uptick the last couple of years, and I suspect the Mariners (and maybe Felix specifically because they have a lot of similarities) have been working behind the scenes to get the pitch tunneling similarly to his fastballs.  He's also been squeezed a little bit, and I suspect the permanent kaibosh has been called on granting low strikes.  My expectation is 5.1-6.2 IP / Start and 1-3 Runs allowed, I'm not saying he gets a parade or anything.

I've defended Gallardo a few times, so I was quite pleased to see his box score the other day. Went back and watched the first five innings, and was nowhere near as impressed as I expected. Honestly, it looked to me like the difference between this start and all the others was that Gallardo made unusually good pitches in hitters counts. He'd go 2-1, 3-2 like clockwork, need to make a quality pitch, and then dart one of his three fastballs right off of a corner for a weak swing and a foul/whiff. Which is awesome on its own: he executed the stuffing out of like 15 different cripple pitches, and it led to a shutout. It also doesn't seem like a repeatable gameplan. It may be a long time before he strings that many quality pitches together again with his back to the wall. Oddly enough, I've been more reassured by his previous three starts than I was by this one. What does that say about me?

One thing to keep in mind w/r/t velocities: measurement changed

This year, however, with Statcast officially replacing PITCHF/x in the big leagues, the data being pulled publicly is now from the Trackman radar. While PITCHF/x velocity numbers were reported at a defined point along each pitch’s trajectory — usually at the 55 foot mark — so that velocity didn’t have to be calculated at every x/y point along the pitches path, Statcast outputs the highest velocity that Trackman records along the flight of the pitch, which due to physics, is going to be immediately after the ball leaves the pitcher’s hand.

So what the broadcasters have said is true; MLB is essentially measuring velocity out of the hand this year, while the publicly collected data from prior years was measuring velocity at a point a few feet closer to the plate, so the readings showing up on TV and on FanGraphs in 2017 will be higher than they were in the past.

So it's something like 1, 1.2 mph difference based just on the change in measurement. So yes, Gallardo is throwing harder, and having some of his stuff back is good - but it's not has hard as the post-game data spreadsheets would suggest.

I'd heard about the change...

...but it's good to get a fuller understanding as to why it changed...

Now that we know that, though, I am concerned about Iwakuma a LOT more than I was...:\

That explains a lot

This had struck me as an odd year on that front. Felix, Smyly, and Gallardo all picked up more velo than I had expected. One tick seems doable with some mechanical changes / better health, but two ticks seemed odd. Like, how bad did your mechanics have to be for you to lose two whole miles an hour as a veteran who should know your delivery (point being, it's way more embarrassing for Gallardo to be screwing up his delivery repeatedly than it was for, say, James Paxton). If one of those ticks is a phantom effect, that makes all of those gains a lot more explicable.

I agree with Matt above: if Kuma's gun has been reading HOT relative to last year... and he's coming in at 85 sometimes... he's officially this year's Jered Weaver. Scary to think about. This also makes me a bit less excited about Elias touching 95 a couple times the other day, which seemed like a significant gain to me.

Yep, thanks for the reminder