Skip to main content
Guest Posts
KK Tribute: Sports and the Utopia of Rules
This one is from Lampoon 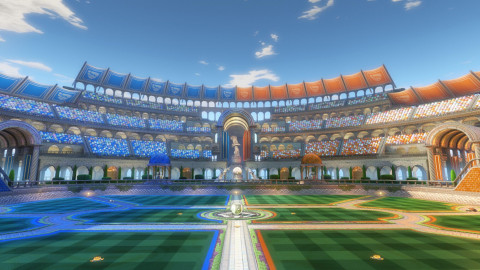 David Graeber, an anthropologist who teaches at the London School of Economics, wrote a book called “The Utopia of Rules, On Technology, Stupidity, and the Secret Joys of Bureaucracy”

In it, he makes some interesting observations about the nature of games, which are especially applicable to organized sports, and why we like them so much.

He notes that games are clearly bounded in time & space and thereby framed off from ordinary life. There is a field, a board, a starting pistol, a finish line.

Within that time/space, certain people are designated as players. There are also rules which define precisely what those players can and cannot do.

There is always a clear idea of the goals/stakes, of what the players have to do to win the game.

Any place, person, action, that falls outside that framework is extraneous. Games are pure ruled-governed actions, and Graeber thinks this is precisely why games are fun.

Graeber points out that in almost every other aspect of human existence – in real life – all these things are ambiguous. Think of a family quarrel or a workplace rivalry. Who is or who is not a party to it, what’s fair, when it began & when it’s over, what it even means to say you’ve won: it’s all extremely difficult to say.

In real life, the hardest thing of all is to understand the rules.

Of course, there are rules everywhere in real life, even in casual conversation. These rules are rarely explicit. Furthermore, the goals and the stakes are often not clear.  And the ethics or morals that might guide one’s behavior often conflict with each other in a zero-sum way (think justice vs mercy, or liberty vs equality). So we are always doing the difficult work of negotiating between all these ambiguous and often conflicting rules and morals, and trying to predict how others will do the same.

Games allow us our only real experience of a situation where all this ambiguity is in theory swept away. Everyone knows exactly what the rules are. And not only that, people actually do follow them. And by following them it is even possible to win. This, along with the fact that unlike in real life, one has submitted oneself to the rules completely voluntarily, is the source of the pleasure.

According to Graeber, games are a kind of utopia of rules.

Graeber’s insight got me thinking about the enforcers of rules in games – the referees, umpires, and commissioners – and why it is so maddening when the ump calls a ball when it was an obvious strike, or a football referee misses a pass interference call that even nearsighted Mr. Magoo would have seen. Their mistakes infect the game with ambiguity and needlessly ruin the pleasure that certainty by rule gives us.

Technology has made the situation much worse. Instant frame by frame replay and pitch tracking reveal horrible calls that we might otherwise have overlooked, or not thought so badly of, and then rubs our noses in it.

As for me, a quintessentially casual fan, I have always disliked replay. I oppose automating calling balls and strikes. I like the quirky aspect of human error and dislike the interruption of the flow of the game. Perfection is unobtainable – how many times has replay failed to resolve the play call, or resulted in a call that still seems wrong? Football is the worst in this regard.

Utopia is just as an illusory and unobtainable goal in sports as it is in real life. The more we try to wall off sports from real life to achieve perfection, a utopia of rules, the more we will degrade the many other aspects that make sports so enjoyable, at least in my opinion.

Worth it or not worth it?