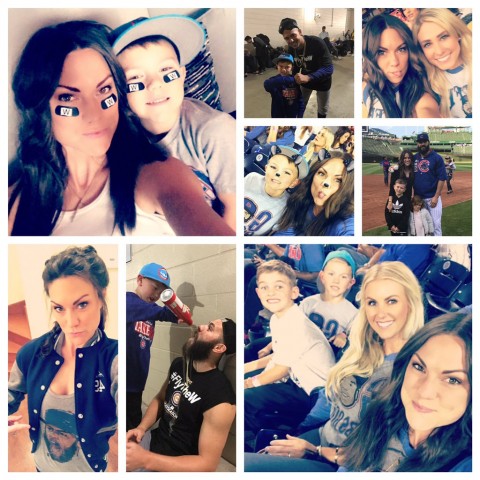 We mentioned last article that James hadn't answered a Hey Bill in almost two weeks, and then answered about 20 in one day.  Here's an interesting answer, in front of the paywall until 15 answers pop up in front of it:

Re the glut of free agents still unsigned: is it possible that managements are finally realizing that most free agents are a bad investment?
Asked by: manhattanhi
Answered: 1/5/2018
Maybe, but maybe the market is just "constipated", in a sense.   The normal process are working, but something is just stuck for the moment.
"Managements" are 30 different organizations.   It could be that 20 of those managements had a view of an issue, and then that went to 25, and then it went to something close to 30.   In other word, it could be that a consensus has formed around something that was already a majority opinion, but there are important consequences for it being a consensus opinion as opposed to just a majority opinion.

1.  "Tipping Points" have always been fascinating to me in any case.  Water has a boiling point; at 209 degrees it will not vaporize.  At 213 it will.  I like philosophical positions that have strong analogies in nature and creation.

Malcom Gladwell conceived "the tipping point" as a threshold and applied it primarily to societal behaviors.  One of the examples he used was the sharp drop in New York City's crime rate in the 1990's.  There is a "stickiness factor" to any societal/political position; you might say that concern about Global Warming hit a "stickiness factor" somewhere around what, the 1990's?  When I was a kid the embryonic form of this was concern over pollution - some of you remember that TV commercial in which some kid in a vehicle throws a sack of take-out garbage out of the window, to join a landscape full of similar sacks of garbage... and then a Native American turns around and a single tear rolls down his cheek.

It's almost impossible to count the number of political concepts which may be at or near their "tipping points" in America right now.  Some people cannot bear to process the possibility, and this inability to work within a Tipping Point context works greatly to their disadvantage.

2.  (James treads carefully, to avoid causing the Red Sox problems.)  James implies clearly that 20 different ML organizations had decided to avoid Robinson Cano contracts in the future.  If this is true, that in itself is an amazing revelation.

If Boras has only 10 teams to whom he can market ALL of his big-ticket impact players, that creates a game-changing problem.

3.  James goes on to speculate that the teams staying out of the BIG bidding wars then MIGHT have grown to 25, and perhaps even to 28.

This is plausible.  Dr. D's main reaction to it would be happiness, real happiness, because Robinson Cano contracts are naked examples of GREED and in Dr. D's view not helpful to our society.  True, if I have a $100M company I'm not going to sell it to you for $40M, but at the same time GREED is defined as "an intense and selfish desire for something.  Nobody, absolutely nobody, appreciates sitting at a table next to someone extremely greedy for food, shoveling it down without tasting it, controlled by it, and so forth.  Why this isn't applied to money, I'm not sure.

With respect to Robby himself, we should put an asterisk because he bailed on Scott Boras, to go with Jay-Z as an agent, and he must have known he was sacrificing money in order to help his brothers.

With respect to an industry "consensus" developing, if that were to become true, we would credit Jerry Dipoto as a clear voice and example toward consensus as we do Giuliani with restoring order to NYC's streets.  Here is Giuliani's very "tipping point" oriented approach toward that as seen by Wikipedia.

Boras described Arrieta as "a big squirrel with a lot of nuts in his tree."

Arrieta, a 2015 National League Cy Young winner and two-time top-10 finisher in the voting, could command north of $100 million on the free agent market.

A) Perhaps it's just me, but that seems like a playful metaphor as opposed to the kind of grim, unsmiling tone he usually takes with his 100-page hardcover books glorifying his big clients.

Long time no see. Welcome home. Not sure I'd include water's ability to boil as a tipping point. Steam is what is known as an emergent property of water. In certain arrangements of its molecules, water can boil and create steam. It's built into the system. John Searle famously said that intellection, concisousness, is an emergent porperty of the brain.

There is nothing inherent in the structure of MLB roster construction that leads to the idea of consensus around a particular point of view. I think the more broadly applicable point James makes is that baseball managements equal 30 different management ideas. It's within the differences of those ideas that Sabermetrics lives.  How do we see the world differently?

I think it's way more likely right now that rather than seeing consensus in the free agent market we are seeing the effect of one team - NYY - withdrawing from the market and deflating it and everybody else reacting to that deflation. waiting by the side of the road and picking off what they want. As soon as NYY decide they want to start paying top dollar for everybody, the market will switch back to where it was. As much as I hated the Steinbrenner era Yankees he was at least distributing the MLB revenues to the players. The contemporary Steinbrenners are simply raking in the dough, probably in the hundreds of millions per anum, by restricting spending. They got lucky, too, with Cashman and his team's ability to select and develop young players.

I'd reply, in an agreeing type-of-way, that analogies only hold to a few superficial components.  I think Gladwell was trying to get across the idea that on a certain day, you're not married; then on the next day, you are married.

That said, you might call BLM's anger (and, at a certain tipping piont, rioting) at police abuse an "emergent property" of social interaction, no?

Here the idea is that GM's aggravation at Scott Boras might (or might not) contain the "emergent property" of withdrawing from all negotiation with him, similar to a divorce between two married people.

Whether or not that's true, your interpretation of the situation is compelling.  I think probably there ARE at least a handful of teams waiting for the poker hand in which they trap the drunk with a monster flush.  Could very well be true.

Also true though that there's a lot of mathmeticians in the game now, and a lot of math *suggesting* that Sabiatha- and Price-type contracts are <50% likely to pay off.

This is why Arrieta won't get

Wouldn't want any part of that.

The M's at this point really shouldn't be in on any expensive FAs. They're playing with fire the longer they try to stretch their competitive window.

The one saving grace of that declining velocity chart

is that, in 2016, the decline was consistent whereas in 2017, it *appears* as though he basically continued throwing what he started the season throwing.

But yeah, if his velocity is in precipitous decline (heralding major reconstructive surgery), he's one to keep far, far away from.  That doesn't *appear* to be the case here, to my untrained eye.  It *appears* that this version of Arrieta is simply 80% of the one that pretended he was peak Pedro Martinez for a whole season a couple years back.

As Doc would say, that's a whale of a pitcher--and an upgrade to any staff in baseball.  I think there is enough concern about his health that 6+ year commitments simply aren't going to happen for him.  He's a top candidate for a so-called 'pillow contract' *IF* his arm is, in fact, reasonably fine (for a 30+ year old MLB workhorse, hahaha).  If his arm is NOT fine, however, he'll opt to wait out the market.

Might just be that my line of reasoning is one shared by a few MLB front offices, now that I think about it...

Perhaps Jonez. To put it in

Perhaps Jonez. To put it in perspective though, Leake was worth more WAR last year than Arrieta.

It would be quite a big gamble, as hes equally likely to get even worse than he is to get better. We just don't know.

Any gamble worth making is usually large

but I agree with the stated counterpoint (Leake's 2017 WAR > Arrieta's 2017 WAR, which does not bode particularly well for Arrieta going forward), while quibbling with what *seems* to be a pervasive undercurrent to such comps (that undercurrent being 'Leake is mediocre, and Arrieta wasn't even as good as him'--not that I'm accusing *you* of perpetuating that undercurrent, mind you.  I'm not.).

Mike Leake is as bona fide of a #3 as you're going to find in baseball, and Dipoto got him for a song at midseason.  That move was a STEAL, ladies and germs, especially in the context of the increasingly hazardous free agent market (where the only Sure Things now receive early opt-out clauses to ensure that clubs only accept enormous long-term RISK without receiving long-term UPSIDE to go with it.).

So yeah, I agree: Leake is a better add than Arrieta, cost-of-acquisition considered.  But my reasoning is pinned by my appreciation of Leake as a Bona Fide 3SP, not as a Meh 4SP.  Arrieta would pretty easily slot in as a 3SP on any team in baseball, and he still has UPside that Leake (or just about every other veteran 3SP) does not.  That's worth something, no?  Might not be worth $30mil/year (probably isn't!) but on a one year gamble, for a team like the M's with such obvious (peak-of-the-pyramid) talent problems in the rotation, he'd be a gamble worth making.

In my self-aggrandizing and completely unworthy opinion, of course ;-)

No, I'm with you on a short

No, I'm with you on a short term contract for sure. Those are exactly the kind of FA pickups we need as our window is thin at this point.

Just think the gamble is pretty considerable if you go long term.

or some such.  Haven't *seen* that type of contract lately (mega bucks for a single year) since most pillow contracts end up being for apparently LESS than market value for that particular year in a player's age/performance arc, but Arrieta's intriguing enough that he'd probably get a few biters--which, again, makes me think there's a ~strong possibility he is in fact guarding a meltdown-worthy injury that's sapped him of his elite velocity over the last two years.

But seriously, I say get the man in here.  Especially if he can be had for something 'reasonable' like 5x$20mil.  He'd be worth that much risk.

I'd be all over Arrieta and Darvish

The market inefficiency to exploit right now might be free agents. All you have to lose is money. The M's window from here looks like one or two years, assuming Cano and Cruz are ready for big declines. It's not like the system is going to rejuvenate all  of a sudden. The only obvious hole on the 2018 team is the rotation. I say fill it up pronto.