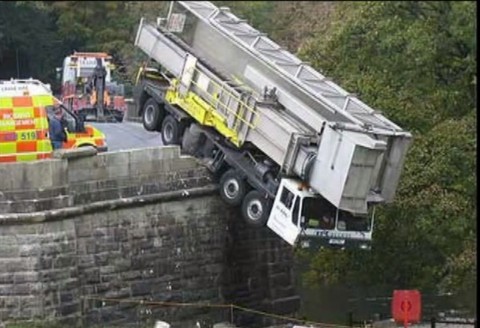 Mo' Dawg brought up a point we hadn't kicked around:

Absolutely [the M's roster has lots of cheap young ML-established talent].  There are four big contracts:  Felix, Cano, Cruz, Seager.  Cruz's goes away in two years.  Heck, you could trade him away in about 10 minutes if you wanted to.

After that, a good-to-better OF that is dirt cheap.  Segura is still really cheap, for what you get.  Soon enough he just get's Cruz's money.  He can pocket Valencia's paycheck next season, or buy hiim for $8M (If he keep hitting like this, hell get a bigger multi-year payday somewhere).

Paxton is going to get Gallardo's money next season. He will eat up part of Kuma's, the year after.  Kuma's money is going to be freed up in year, as we will likely not resign him.

Dipoto loves playing the spaghetti game with the bullpen.  I would prefer he just went out and bought a stud hoss, he can certainly afford it with the cost control he has in the near future.  But he's certianly not going to break the bank on relief arms.

This roster is flexible and cheap-ish (in that only Felix, Cano and Seager ore on the books "forever."  Segura should be).

Not sure why Mo' didn't mention Haniger, Gamel, and Heredia - either he was focusing on the pitching or just forgot.  Really when it comes to my assertion that --- > the M's have an Oakland A's stockpile already, I'm thinking first about us getting three (3) rookie OF's to emerge all at the same time.  Remember Dr. D suggested Haniger-Gamel-Vogelbach as the saber analogue to Zduriencik's three high draft picks.  Jack Z's guys were pedigreed; Dipoto's had kicked tail and taken names in AAA.

Hey, for that matter Mitch Haniger constitutes a team rebuild all by himself :- )

JAMES PAXTON - It hadn't hit me that K-Pax is arb eligible next year.  Slap me silly, he has made only $3M to date, which ain't chump change but by the time you remove taxes, invest a few bucks, spread it out over years, etc., his checking account probably doesn't look all that spectacular yet.

So you offer Paxton ... what this winter?  Some SSI Denizens are squeamish about his health.  On the other hand if I'm James Paxton, I insist on a $100MM+ security deal or I tell them I'm hiring Boras and going to New York.  Wait a minnit...

Might want to enjoy Zeus' services this year and the next three?  Well, that's no different than NCAA football...

If Matt, Wishiker & Co comment the glorious Paxton game we'll have quite a few Denizens enjoying it tomorrow morning.  HERE'S THE PREVIEW.

Thought I covered Haniger-Gamel-Heredia with this line, "After that, a good-to-better OF that is dirt cheap." But I've been known to tell a student or two that specificity counts...and I flunked on my own advice.

Skimming too fast.  Sorry bout dat.  The Globetrotters versus generals exhibition going on at Safeco should provide some consolation though?

...when there is just plain so much good stuff to write about. Who can cover it all? What a great era, says I, as we're still under .500 and looking ready to steamroll the league.

I could agree, Doc. You've got $45M you're going to pay Paxton over the next three seasons, maybe more.  And then he gets real expensive.  You may ride him like the stud he is until mid-season '19 and then pilfer somebody's farm in the swap.

seemed like there were several pitching stars he rode unmercifully and then traded them at the last moment?

I wouldn't do it though

Paxton is my guy atop the rotation.  A lot could change in 3 years, just don't think the chances are great that he looks expendable.  Especially with "Gallardo Ace" memories being so recent.  I'm hesitant to think of trading any pitching away and would be for awhile.  Not that I'm necessarily right not to...

Definitely, if you can avoid repeating the Unit mistake you do..

Just musing a bit.  Boras will want big dinero, but then again some guys are worth big dinero.

Yup - this would be my first plan

Except I'd ride him gingerly and then try to get more back for him than we did Pineda.  Gotta address the pitching in other ways then, though - and with us moving Povse to the pen the pickings are really slim in the minors for the next couple of years.  We'll see what happens next week in the draft, and then find out what 42 arms are added in DiPoto's wheelings and dealings next offseason.

Shortstop Jean Segura and the Seattle Mariners have agreed to a five-year, $70 million extension, according to multiple reports.

The deal reportedly includes a $17 million option for 2023.

Haniger, Motter, Heredia and Gamel are all making chump change for the next half-decade, which will help cobble the rest of the non-Seager/Segura/Cano roster together.  Gotta lock in some other starting pitching, solidify the pen and plan for some winning - assuming they can replace Cruz's thunder in the MOTO.

Ok, over 10 years.  I'd be happy with at least 6 years but you've got to start somewhere.  Buying out the arbitration should get some overall discount.

Felix is only signed through 19 or 20 depending on missed time.  I don't recall the exact wording, just that 20 would vest for $1m if he missed too much time.

for that contract option to vest. It's basically a mitigating factor in the contract against TJ surgery.

Chris Sale had all his arb years bought out

The White Sox got them for 3, 6, and 9 million respectively, then had one guaranteed year of FA at 12 plus two more club option years at 12.5 and 13.  Boras is never going for any of that nonsense.  Paxton is 28, and Boras is gonna want to get a big FA deal out of him.  He might give Seattle ONE free agent season if they jack his arb payment buyouts up, but Boras is gonna want him to hit the market with years left on his arm if possible. JMO, but getting a long term deal for Pax would be tough - and might not even be optimal.

Paxton has never thrown 175 innings in a season, IIRC, and he won't this year either.  He was always on the DL with nagging injuries in the minors too. How much are you gonna pay for the massive version of Erik Bedard?  Neither Canadian could stay on the mound over extended innings. I'd be pretty cautious about agreeing to Boras's inflated terms despite my love for Big Maple.

Right at the moment that's where Paxton has got to admit he's sitting.

Granted, the super easy velocity implies certain things about Paxton's probable career load.  But for now that Bedard visual is spot on.  Paxton has some things to prove before Boras goes seeking the $200M.  'course he's got time to do that.

I agree with you that Boras is going to guard Paxton's FA years jealously.  It all adds up to an unlikely extension this year.  M's fans do have 3-4 years' ride to enjoy in any case and thass' fine by me; am not worried about it.

But Bedard never looked this dominant to me.  5 and Dive Vs 7 inning shutout, that's how I view them.  That's not exactly accurate but it leans that direction anyway.

Erikkk would look like a normal guy if you passed him on the street.  James Paxton is a baseball-flingin' freak.  120, 125 pitches a game would probably be no issue for him, if it were 1985.

Pitch 100, Erikkk was huffin' and puffin'.  Paxton is flinging frisbees with his daughter in the back yard.

Paxton doesn't huff and puff - he just pulls something

He looks fine and then the machine breaks down. Bedard looked like he might die at any time out there while Paxton looks breezy, but if the Ms treated Paxton like he WAS a 5-and-diver then maybe he'd make more starts instead of sitting around on the DL a few times a year.

I can't assume Paxton will suddenly be healthy when he never has been, even in college. I just go back to Paxton's DL stints throughout his career.  He averaged 100 innings his first two years in full-season ball, with several stops for nagging woes. Year 3 he put it all together, the next two he couldn't get to even that 100 IP mark. Last year he was pretty healthy, all things considered, and hit a high-water mark in IP (that was still well short of 200 innings). Then this year he hasn't yet made it to 50.

Are there pitchers who throw like Paxton who suddenly get healthy at 29, 30 and then go on a sustained run? I'm sure Boras has a list of comps for when he's going to try to get a giant deal for James.  I agree with moe though - Paxton's best gift to our future contender might be the players we get for him in trade.  If he wants to win me a World Series this year with the most impactful stretch of healthy baseball in his career into October, though, that works for me in the meantime.

I don't want it to be the case.   I want him to have a long healthy career here, etc..  He may only have stretches that last up to 2 years or something.  With that in mind, even if you want the extension maybe now is not the time to pull the trigger.  Although Segura, while on the DL, might be cheaper because of timing.

With all of that,  quite likely even Boras' preference.  What's harder to guess is Paxton's preference which is ultimately the most important (tied with Ms FO anyway).  If it's reasonable it's potentially still possible depending on what James wants.

Chris Sale hadn't failed to clear 175 IP in how many years at that point?

VERY possible that Paxton will lay a hand on Boras' shoulder, point him at Dipoto, and say "I want my hundred million."  The first 50, 100 mill is worth infinitely more than the next.  K-Pax might be sharp enough to grok that.  Lot of guys do, such as Seager and Segura to some extent.

Sale's 175 IP - right.  Me personally?  Am not in the slightest worried about James Paxton's next 1,000 innings.  He's got as good a chance at doing that as anybody out there.

He doesn't have the rep, but that doesn't matter ... to ME.  It's like major league equivalencies.  Some AAA batters are about as good a WAGER as the guys who've been doing it in the bigs, because the guys in the bigs aren't guaranteed either.

Also, this is nice to see - the band's almost back together

Good to see that

And not be wanting to rush Peterson and O'Neill.

The 12 though, wasn't Felix starting?