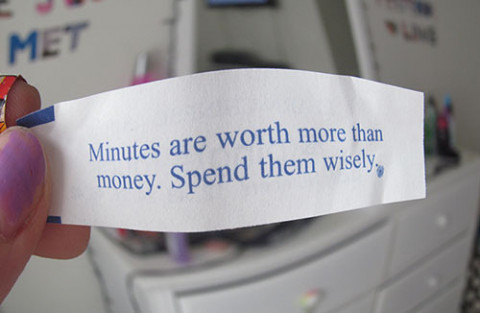 There's an old 2012 Hey Bill that goes to two local and critical sports questions.  One is the question of Earl Thomas.  Most people seem to think that at ages 30, 31, 32 a free safety is too old to play impact football; I read a study one time (as well as consulted my own common sense) that I thought convincingly debunked this.  The second question goes to Jerry Dipoto's aversion to signing $20M+ ballplayers, even when such players might put them over the top.

A thought occurs to me: I see a lot of fan and press discussion of how much money players make. It seems to me that by having these discussions, the owners have scored a major victory. I mean, as a Phillies fan, I don't really suppose I care how much money the team spends on Cole Hamels. Just sign him. They aren't taking the money from me, and they aren't going to lower prices if they don't sign a bunch of players. (Why would they? If they can get the money for the ticket, they can get the money for the ticket.) They talk about how they want to avoid the luxury tax, and I am sure they would, but why should I, as a fan, care? Signing Ryan Howard to a contract doesn't seem to preclude them from also signing Cliff Lee. I think these salary discussions might be interesting on some level, but I have to wonder why I should care since I am not paying for it, and I really do not see how it affects ticket prices which are driven by the market. (A point you actually twenty years ago.)

Asked by: MikeChary
Answered: 3/12/2012
.
Bill's answer went:
I think you've got a whole bunch of speculative points there, some of which may be right.
1)   I know for an absolute fact that it was the PLAYERS who wanted the salary discussions to be more public.    Ownership, up to 1975, didn't want salaries in the newspapers because they didn't want the players to know what other players were making--or this, at least, is what the Union believed in the era that I was active in contract negotiations, 1975-1985.    The players felt that shattering the veil of secrecy that surrounded salaries was essential to moving the salary scale upward.
2)  In theory, as you say, player salaries are driven by one supply-and-demand market and ticket prices are determined by an independant supply-and-demand market.    But all of our theories are just simplifications of much more complicated realities, and you wouldn't want to insist too loudly that there is no nexus between the markets in real life.
Escalating salary costs drove ownership to search frantically for increases in revenue, which was very good for the game, re-invigorated a slumbering game by forcing us to be more active in pursuit of our market, but it also probably created higher ticket prices--plus there is the issue of EXPECTATIONS; it is easier for ownership to increase ticket prices when they can easily explain WHY they are increasing ticket prices.    Lower salary costs would create an expectation of lower ticket prices, and the expectation would put downward pressure on tickets prices.
3)   In the real world, teams have some finite amount of money to spend, such that signing one big star (Howard Ryan) limits a team's ability to pursue another (Lee Clifford).    You seem to be saying that in some theoretical universe this is not necessarily true, but I don't really understand what the parameters of your theoretical universe are there.

Unpacking this there is an interesting set of points there:

1) It's interesting to reflect on the fact that higher and higher salary costs --- > results in a "natural selection" impetus to refine the games so that they become better, faster, more entertaining.  The NFL, for example, is a passing league now and for me, it creates a dynamism in the strategy that wouldn't be there otherwise.

2) Spending on "one big star" (say Robinson Cano or Khalil Mack) inhibiting the ability to spend on another ... I wonder whether it would wreck the Seahawks' salary structure to sign Thomas to a $16M contract.  It seems self-evident to me that a $18, $20M purchase of a Cliff Lee (or whoever) who have zero or close to zero impact on the Mariners.