Skip to main content
F-500 Forum
Hey Bill
Like the politicians who lose these days, Dr. D will NOT "shut up and go away" 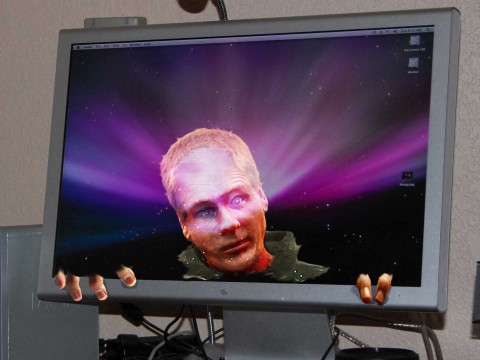 The question about the causes for the decline of offense from 1963-68 reminded me of something: Recently I read two different articles of 1968 moaning about the lack of hitting, both of which blamed expansion. Both writers said (with supporting quotes from a manager, a coach or a GM) that expansion had brought a lot of Triple-A hitters into the major leagues and thus allowed pitchers to dominate. No kidding: The exact same line of thinking that was used to explain several outstanding offensive achievements in 1961 and '62 was now being used to explain something at the very opposite end of the spectrum. And neither article mentioned the change in the strike zone in 1963.
Asked by: BobGill
Answered: 3/29/2018
Right, thanks.   And there's a profound lesson there.  We don't understand the experience that we are living at the time we are living it. . .none of us do.  In retrospect, the failure to monitor the height of the mounds, the failure to require hitting backgrounds for the hitters. . .these things were crucial, but we didn't "see" them at the time.  It was only when we (a) lowered the mound and (b) enforced the rule that we understood what that meant.
In the early 1990s there was a hitting explosion, and if you go back to that more recent period (more recent than 1968) and read people's explanations of what was going on, you'll see that we were ALL wrong.   People had started using steroids, but we didn't understand at that time what that meant.
The same happens all the time in politics.  If you watch the talking heads explaining what is happening with Mueller or with the firings in the White House or with Trump's silly tweets or whatever. . . all of their analysis is wrong.   None of them really has any understanding of what is happening, because we lack perspective on it.  We'll understand it better in retrospect.
Or perhaps a better example.  .. .a relationship.  Many times when you are in a relationship, particularly if the emotions in that relationship are intense, you really don't understand what is happening in that relationship at the time that it is happening.  Later on, after the relationship is over or has moved on to a different stage, then you may see more clearly what was going on.  The person you were in a relationship with may have had other interests or other problems or other relationships that you really didn't have any understanding of at the time, but later on, you see how these things were defining the relationship between the two of you.  Same thing here.   We can't reliably interpret what is happening in the game while it is happening.  - James

Let's splice the above gem with that of a Denizen whose name I forget now.  He tossed out the question, how could the Mariners reiterate so many lousy seasons so consistently?

Two things are distinctive about the Mariners.  Their committee approach, and their sports-conflicted politicians and fans.

(1) Just this last week, Kevin Mather gave a beaming interview in which he glorified the current Mariners' many "checks and balances" that "will prevent us from doing anything stupid."  As we've discussed, that's a great way to frame a consitution so as to prevent a tyranny over the course of 200+ years, but one that in pro sports will have you wallowing like a garbage scow on impulse engines if it's up against warp-drive starships.

The M's have never had one owner, who could pitch the ball to one Bill Stoneman or Theo Epstein, and their ownership committee has always been quite enthusiastic about getting its own fingers into the pie also.  Jerry Dipoto continues to deal with vestiges of LincStrong worldview, and it may be one reason we have Ariel Miranda on the 11th rather than Jake Arrieta.

It was MATHER who said, "I've got one pitcher on a long-term contract.  I don't need two."  MATHER.

(2) For those who are old enough to remember the reference:  the city half-rejoiced when a Times columnist took down Bill James and his Rose Bowl Huskies; this is a genteel town, very low testosterone as a culture, and many of its citizens find pro athletics to be Neanderthal in terms of taste, and positively 1950's in its "Corporate Welfare" directed towards stadiums, tax advantages, etc.

In other words, Boston's citizens are going to put heat on a team that misses the playoffs 15 years in a row.  How much heat does Soccer Mom put on the M's ownership group?

Anyway.  There is a difference between a DISADVANTAGE and a DEATH SENTENCE.  Many variables come into play here, and Dr. D has always hated the above two disadvantages.  But he sure does like the look of Haniger, Zunino and Gordon.

With respect, I believe you mean DON James and the Huskies... easy to understand since you started the article referencing Bill.

As an owner, if you feel you constantly have to meddle in the GM's business of running the club, you've hired the wrong person. Hire talent, and let them do their job. Looking constantly over their shoulder inhibits people from taking a risk, because they are always afraid of "the hook."  Paul Allen hired talent, let them do their thing, and got a Lombardi Trophy. Jerry Jones constantly meddles, and look what it's gotten him lately. He won Championships when he let his coaches coach, and had a separate GM. Since he became his own GM... bupkis