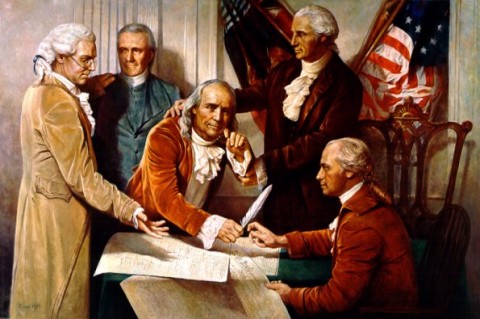 Win, lose, or draw, I'm happy that Kevin Mather has tossed the ball to one man.  Here are a couple of today's Hey Bills, just $3/month "just to keep out the riffraff" in James' own words:

I hope DePodesta can convince the Browns to stick with a coach for longer than 2 seasons.
Asked by: Steve9753
Answered: 1/10/2016
Excellent. Excellent, Excellent point. That's exactly what strategic thinking is, in my view. You make short-term decisions, one after another after another; each decision makes sense at the time that you make it, but each one cancels out the previous one so there is no long-term accumulation of value. We struggle with the Red Sox. Short term decision making cancels out long term strategy. Exactly what the Royals did so well, which I tried to point out in one essay, was to stick with the decisions that they had made, and give each one every opportunity to work. If they HADN'T done that, they would never have gotten over 75 wins.
.

"You make short-term decisions, one after another after another; each decision makes sense at the time that you make it, but each one cancels out the previous one so there is no long-term accumulation of value." That makes sense but isn't one problem is whether the original decision was correct? I mean, if you choose the absolute wrong person, how long do you wait to change? Waiting too long can be problematic as well; not sports, but look at Lincoln keeping McClellan longer than he probably should have. So, it seems to me that the issue of long-term strategic decision-making is tied to the decision-making process in general; ie, that you have to be convinced that the first decision was correct to justify sticking with it. Of course, it's a chicken-and-egg issue too; how do you know the original decision was incorrect if you don't give it enough time. My guess is that the general decision-making process for teams like the Browns and so on is flawed in the first place
Asked by: Marc Schneider
Answered: 1/11/2016
WAS flawed.   They hired DePodesta, so they've fixed that now.      But here's part of what I was trying to explain.    Every winter a team will have 4, 5, 6 holes that they have to fix.   Every winter you're going to need a second baseman, an 8th inning reliever, a right fielder/cleanup hitter, a backup catcher, a fourth outfielder/pinch runner, and a fifth starter.   The combination is different, but you always need something.    A key question is, when you fix a problem, does it stay fixed for a couple of years?    If you make one and two-year solutions to each problem, then the number of problems you have to solve every winter starts to go up.    If you can bring in a Blake Swihart or a Mookie Betts and say "OK, that problem is solved now for the next few years", then you've got a position where there won't be any problem next year.    But if you start making one- and two-years solutions to each problem, then you head into the winter with 12 to 15 problems you have to solve, and it just becomes impossible to do that.   You can't solve problems that fast, so some things don't get fixed and some of your fixes don't work.

This was always my complaint about the Armstrong/Bavasi "committee," is that --- > a committee could have never painted the Mona Lisa.  ? Is that not right ?  You lose human intuition in a committee.  And human intuition is the only thing in the world that can trump a chess computer.

The Founding Fathers deployed a Committee, rather than a King, precisely to make the U.S. government slower and less agile.  They believed that commoners were better off if the nobles had less centralized power, rather than more.  This is the #1 idea of Americanism.  Much of our current arguments revolve around the question of whether they were right.  We are two steps short of a Civil War, arguing about whether we still believe in that.

Here's the thing: the Seattle Mariners are a far sight removed from the legislature.  Sports are sports, but the Congress affects peoples' lives.  Sports organizations don't have nearly so much at stake, and can afford to bring more power to bear on an issue.   In fact they SHOULD bring as much power to bear on a problem, as they possibly can.  Kevin Mather has pitched the football to Jerry DiPodesta on a toss sweep.  Right or wrong, it's wayyyyyy more fun to watch Jerry DiPodesta than it is to watch a steering committee of Nintendo owners.

Completely separate and apart from the question of coherency -- the question of long-term strategic considerations (like player development and the fiscal responsibility of avoiding FA $$$$) over short-term gainz -- there is the question of agility.  Like benefitted us with Hisashi Iwakuma and Adam Lind.

DiPoto seems to be unconvinced by Asian pitchers' results lately in transition.  For sure SSI disagrees with this orientation.  But nowadays we have got one guy in charge, and he has a vision, and we're glad to have THAT.

The 2016 Mariners have, for the first time since Pat Gillick, had a really smart guy at the helm.  Win or lose, that's the right way to do this thing.

Who are the Browns - thought they were a football team?  And you were saying DePodesta a lot...were you talking about DiPoto? Am I missing something obvious? :)

DePodesta crossed over to the NFL just recently when he was hired as the Browns' CSO - Chief Strategic Officer.

That clarifies one thing...

...but the post seemed to criss-cross back and forth between commenting on DePodesta in the Browns org and the Mariners' situation...I'm still not sure what exactly is being said and when.