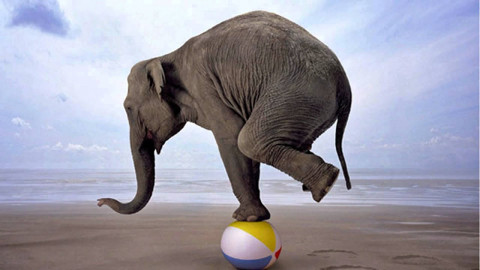 hey bill The Mariners have the worst outfield I have seen. And I saw Kevin Reimer play on the turf in the Kingdome. They have the worst defense in baseball. Have you ever seen a GM and organization change their team philosophy so quickly from high defensive metric guys like Jack Wilson, Casey Kotchman, Franklin Gutierrez, Brendan Ryan to horrible should be DH's like Mike Morse, Raul Ibanez, Jason Bay, Ackley in CF, etc? Seems self destructive to change your core philosophy in two seasons.
Asked by: therevverend
Answered: 8/28/2013
Well, if your Chevy breaks down you don't have to buy a new Chevy.   You can try a Honda.     My own organization, for which I labor and which I love, kind of drove down a blind alley a couple of years ago, turned around and went in a different direction.
I have seen organizations radically change their philosophies in a couple of years, many times.    In my childhood the Kansas City A's would rush off in some new direction every six months.    The Angels in the 1970s would try to be a speed team one year, a power team the next year, a pitching team the third year.   Obviously, when you do that, you're floundering, but on the other hand, when you're floundering, you need to look carefully at whether you're going the right way.

My own reaction has been, if Dipoto has the answer this year why didn't he have it three years ago?  If shedding Robinson Cano's contract was the path the Promised Land last month, why couldn't he see this when he got here?

But that's probably way too harsh on several levels.

1) I've always admired, MUCHLY, the flexibility of spirit that allows a man to see the problems with his own decisions.

2) As James points out, there's nothing unusual about zigging and zagging in any pro sport.  If the NFL is the copycat league, obviously somebody is changing gear in the offseason.

3) The way Dipoto sold this -- 16 blank Yahtzee sheets for the Committee and an obvious theme returning on the sheets -- is top shelf leadership.  Now, not only he but his bosses are EXCITED (excited) about the next several years.

In years past, with LinkStrong, there was a definite lack of AGILITY that drove Dr. D batty.  There is no such problem now:  Dipoto has been given more than enough authority to behave NIMBLY when trade opportunities present themselves.

Dipoto does seem to have the ability to derive consensus among owners, while at the same time painting a picture with a coherent style to it.  .... I couldn't tell you quite what the 2019 Mariner "theme" is, but I can tell you that it's there.  "Buying Low" has been one winter theme, wouldn't you say?  Backing up from deep arb years, such as with Zuumball/Mallex, has been a second.

4) No saberdweeb should be slow to give the Mariners credit for winning +89 games .... and then immediately recognizing that Pythag had them much lower.

5) Here we sit, all happy with the dynamics of the organization both at the top 25 and at the next 25.

I guess I'd rather say, he gave Zeus a chance to spend three years as Randy Johnson (among other player scenarios) and it didn't work out.  Time to grab the cards, riffle the deck, cut them one-handed and deal again.  welllllll.... hokay.

We do have two questions left.  One:  if it works out better than expected, is Dipoto going to deal for a stud short man?  And Two:  those core values like "a young, athletic outfield" and a "run prevention model" -- do those persist across the turning of pages into new chapters?

In any case, if Edwin Encarnacion drives in 96 runs I won't be quibbling much about core values.