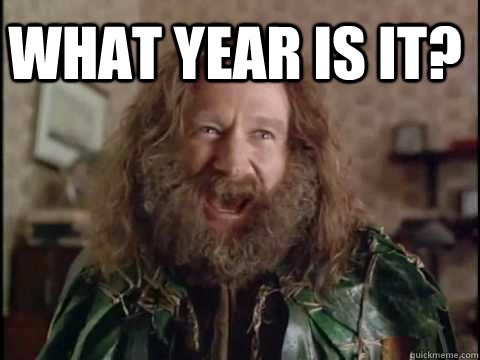 Shaking his head clear of the cobwebs, Dr. D looks around the 'net and ... notices that the Seattle Mariners have a new manager.  Surfing about for any conventional wisdom that might be available on the matter, the first three waves carry him to a few streams of thought as to why JeDi would do such a thing:

(1) "McClendon was doomed from the start because he just met DiPoto in late September."  Hey, clubhouse relationships matter.  Loyalty is a Core Virtue.  There aren't too many tell-it-like-it-is Geoff Bakers that hang around the same clubhouse for 10 straight years.  Suffice it to say that new CEO's go into jobs praying that they will find some in-house resources they are jacked up about.  Such as Edgar and Woodward.

(2) "McClendon deserved to keep his job, but it was an old-school new-school clash."  SSI's only 'put here?  There are quite literally 1,000 football coaches who "deserve" a spot on Pete Carroll's Seahawks' staff.  In America we are conditioned to think in terms of "deserve."  A winning sports franchise is an organism that runs on a bit more synergy than is required by the USC marching band.  A B+ in Orchestra wasn't the point here.

The Entire Cotton-Pickin' Problem With the Post-Gillick Mariners has been that --- > they have been a committee.  Had McClendon stayed on, they'd have fractured into an even worse one.  Imaginary conversation pulled 100% out of Dr. D's ear, crumpled up into 1% volume and flicked out the window:

JeDi:  Can I get your thoughts on how we're going to get Taijuan to take his next step forward?

Lloyd:  Well, we've been working with him to get the ball down more consistently, to use his angles and attack hitters.  Also we'd like for his curve to get up to about 78, to be crisper.

Lloyd:  The thing about Taijuan is, he has to realize that his stuff is good enough, and to trust it more.

JeDi:  Hmmm... lemme run this by you.  When Taijuan pitched up more, he got an insane K:BB ratio.  Problem was, he didn't have a second pitch to keep batters off his fastball a little bit, so when they did catch up, they hit it pretty hard.  Thoughts?

Lloyd:  I do think when you stand 6-foot-11, if you'll keep hitters off the plate and get ahead in the count, they won't be as comfortable up there.  Then if you'll pound the knees there just isn't a lot they can do.

Dr. D doesn't think you have to have a single argument, even a single unpleasant moment, to understand that --- > you're not going to be able get this band playing on the same sheet of music.  Taijuan definitely has a fix available to him; he might have two different ways to become a Cy Young starter.  But it ain't the fix that has him getting it from eighteen different directions, varying one game to the next.  Hey, Andre the Giant could put down 12 straight steaks, 100 straight beers (yes, really) and then discus-heave Roddy Piper into the cheaps before the belch.  But one size don't fit all.  Taijuan needs his fix, not the one somebody saw Justin Verlander use.

Bill James pointed out quite a few times, during the 2015 season, that pitchers change orgs and jell --- > simply because the new org tells them to do one thing different.  One single thing.  Pitch up in the zone now, or pitch backwards more, or whatever.  We plumped for Taijuan Walker here because, you ax me, he's a perfectly obvious example of a brilliant pitcher who shouldn't have had a 4.56 ERA in Safeco.

I like Lloyd too.  I think he looks out at a game in motion and sees 1,000 things that we'll never see.  But I also suspect that this is a case of a 21st-century Pete Carroll-style sports CEO running into a 20th-century field manager, and finding out real quick that it ain't just going to work.  New School vs Old School doesn't quite capture it.  It's more like "Let's have a peek at this guy's X-rays before we drill" vs "I been running this hospital for 15 years."

No, we don't mean to pile on Lloyd.  All those guys, at that level, are well-informed.  But Lloyd shoulda been well-informed enough to know that he is old.  Very, very few old men grow and adapt.  His chance with DiPoto consisted of conveying to DiPoto that he was well aware of the fact that he is old.  He failed to do that.  He is properly gone.

The good news:  the 2015 Mariners were picked #1 in the AL.  On paper, they looked great, but couldn't win.  So Mather ripped up the paper -- in the front office.  Your front office, gentlemen, is getting one whale of a lot younger.

I really wanted McClendon to stay...

...primarily because I thought him a stand-up guy -- and that 2 years was insufficient opportunity for anyone with a winning record.  But, you argue most persuasively for a common view.  I'll admit, if I was the new GM, fresh from a breakup with a previous manager who either didn't have the capacity, or feel it necessary to use it in working within a common vision -- I'd be quick to install someone I _knew_ would be a philosophical and practical fit, if only to avoid the heartache of constant wrestling with someone of a different perspective.  Admitting that, now I must also admit that Dipoto acted wisely.  Hope Lloyd lands on his feet in a situation in which he meshes well with a GM -- perhaps following a much-needed vacation with family.

Water under the bridge by now, but...

1) Scoscia was old and didn't adapt, Lloyd is old so he won't adapt either.  Hope Dip was working on a higher level than that.

2) Is the assumption that the next manager will be better than the last one a slam dunk?

3) Since he admittedly knew little about the organization, how did Dip know which coaches to fire and which to keep?

4) The new guy better have talked to Felix, Cano, etc., and heard less than a ringing endorsement for Lloyd...or the successor has his work cut out for him.  Dip can't get rid of everyone on the roster.

3) Will venture a wild guess that Chris Woodward said some things during the job interview that others didn't, particularly as it pertains to crossing sides of the border ...

4) The new manager gets five free minutes, as Jerry Seinfeld once put it ...