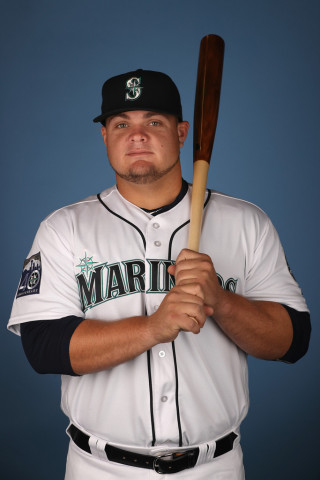 At BJOL they talk a lot about walks being underappreciated -- before Rickey and the Abstracts especially, but even to this day they can be less appreciated than they should be.  For example, it's not well locked in that OBP players "stack" better in a lineup than SLG players do.  After you adjust for everything, including the Lichtmann-type "OBP = 1.3 SLG" adjustments, players 3, 4 and 5 raise the number to 1.4, 1.5, 1.6 etc.  That's not understood as well as other skills on offense.

When it comes to walks being underappreciated ... that far understates the situation before WWII and before Gehrig especially.  A few comments by James lately were along the lines of "I doubt that Joe Shlabotnik would have been AWARE of walks by Hazzelframm.  Often they weren't even counted, or were only counted by nerds."  (Places like ScoreSheet use reconstructed box scores to get the totals for our use.)

Another comment was a snippet of a quote by an oldtime baseball man in the 30's or 40's .... "that cotton' pickin' Stanky (or somebody - Dr D) was the laziest piece of junk I ever saw.  He just wanted to walk his way on base."

So two days ago, I was going to send James one of my every-three-months questions asking, "If people were UNAWARE of walks, why did Ruth and Gehrig draw such huge walk totals?"

One day ago, James wrote a long article answering the question, "With many people unaware of walks, here's why Ruth and Gehrig drew walks."

A quote from BJOL's article:

The great Jim Murray once wrote about Maury Wills that there was one category Wills would never lead the league in:  Walks.   Murray was reflecting the normal assumption of the time, which was that a walk was an act of the pitcher.  Pitchers, he was implicitly saying, have an element of choice in who they walk.  They would never choose to walk Maury Wills, because of he was a threat on the base paths.

Wovenstrap’s question, when you think about it, still relies on that frame of reference...

When you ask "who is best at extractinga walk from a pitcher?", you are still implicitly stating that the act belongs to the pitcher, although advancing the argument by crediting the batter with an ability rather like the ability of a farmer to extract a loan from a banker or the ability of the cop to extract a confession from a criminal.

(And I have to admit, subconsciously I was doing that also.  Kyle Seager can't walk 100 times because the pitchers choose not to, like he can't post a BABIP over .320 due to limitations imposed on him - Dr. D)

James goes through all baseball history to find the players who VARIED from their expectations the most, like saying "Ichiro had expected hits of 184 that one year; he wound up with 229."  There's power, and there's expected power.  Expected AVG.  Expected everything.  For some stats, it varies little, as with BABIP.

Who walked the most in terms of BB's OVER what their homers, their lefthandedness, and .340+ AVG bonus?  In no order, and just picking a few names out of a list of 25:

SAID ALL THAT TO SAY THIS, Dept.

So, why did Babe Ruth draw walks if people didn't even count them, usually?

Bonds, Ruth and Ted Williams didn’t draw huge numbers of walks because they were left-handed hitters who hit .350 with power; they took a large number of walks because that was part of their approach.  It was an additional skill that they had.

People think that Barry Bonds and Babe Ruth and Ted Williams walked a tremendous amount because they were left-handed hitters and great hitters with high averages and a lot of power, so naturally they’re going to walk a lot.  It’s not that simple.   Garrett Anderson in 2000 was a left-handed hitter; he hit .286 with 35 homers, which is pretty good, similar to what Barry Bonds did in 1995 (.294 with 33 homers).  But when Bonds did that, he drew 120 walks; when Anderson did it, he drew 24.

The reason that is true is that drawing walks is a strong individual skill or trait.   How many walks you draw—and here again, we have to say "with the exception of Barry Bonds in 2004."  But with the exception of Barry Bonds in 2004, how many walks you draw is NOT primarily a function of how much power you have or what your batting average is or whether you are fast or slow or fat or ugly or whether you hit right-handed or left-handed.   It is a primarily a function of the batter’s ability to draw a walk.   Because it is an independent skill of its own, it cannot be indirectly measured or independently predicted with great accuracy based on the player’s other characteristics.

Dan Vogelbach doesn't draw sky-high BB totals because he can reach the fences and his swing rate is real low.  He draws BB because he's good at drawing BB's.  Currently his OPS+ is sitting at 155.  Sometimes you don't care about limitations; you find ways to deploy strengths.

True, he's just a DH.  But when you decide what to do with him, keep in mind that he has the ability to draw 100 walks a year.  Like Edgar did.  You'd think if there was one place on Earth that could look past the "Just a DH" label, it would be Seattle after the Hall of Fame fight.

Mitch Haniger also packs 70-80 walks a year into his overall game.  That means a lot when a player is having a tough month.