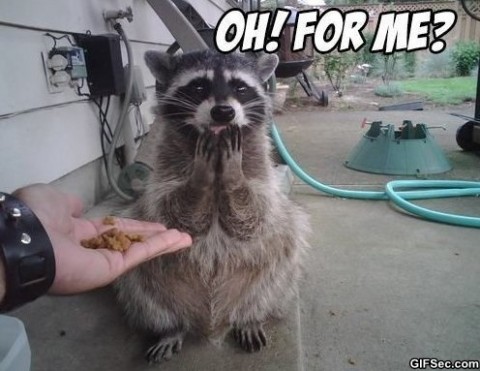 Dr. D is this close to picking a fight over Marte.  He'll hold off for just a bit longer.

You've heard the phrase "see ball, hit ball."  It sounds stupid, until you compare it to "GUESS ball, hit ball."  We are here to tell you that Ketel Marte does the former.  His OBP is therefore at .377 and SSI confidently predicts that it will never, ever drop a point lower.

More seriously, Marte has a "natural" shortstop arm -- and hands -- that Miller and Taylor can only dream of.  He zings the ball effortlessly, hitting the first baseman shoulder high.  Must we hear that EVERY Mariner "tweener" is a joke at his harder position?  Can't the pundits think of some other way to say that they appreciate how difficult baseball is?

Grizzle says he wouldn't "plan" around Marte.  No way no how.  Would be surprised if ANYbody were on the other side of that one, though Grizzly said it just right.  The question here is whether Marte might provide a 2, 2.5-WAR shortstop for the league minimum.  That would mean we had how many of those, four, five?  .... Zduriencik has pointed out that AFTER a promising AAA prospect has looked good in the majors, then his trade value goes up by several factors.  Let's suppose there are four, five teams out there this winter who take a fancy to Marte's chances, as the Rays did to Nick Franklin's.  Well, that apparently means you can deal him (1) in a package for an impact player, or (2) straight-up for a 3-WAR vet who will give you -0.5 once he arrives.  I fancy the latter.

Corollary to the above.  The M's now HAVE a club-controls Ben Zobrist.  Any chance we could file a request that they develop him wisely?

The M's had a graphic talking about the "followup" games to the franchise's four no-hitters.  The ERA was 1.35 or so.  In other words, after a Mariner throws a no-hitter, he does real great in the next game too.

... Iwakuma blew down the stRangers by pulling the string on one overswing after the other.  It's real simple:  if a batter sees the temp at 94 degrees, sees the right-center fence casting its shadow over Robby Cano, and has eyes the size of saucers, then Hisashi throws an offspeed pitch and it's strike one.  If a batter is flicking his eyes around at the plate, hoping nothing disastrous will happen to him during the at-bat, then Hisashi flings a 90-MPH fastball onto the black.  IceX, do they have any more Hisashi's over there?  The first one is pitching perfect.

Angie (bless her heart) relayed this stat:  When pitching 7+ innings, Iwakuma is 20-3 in his career.  Dr. D is not exactly certain what to make of this statistic, but ...

Speaking of the no-hitter, this was in a Bill James mailbox coupla days ago:

You wrote once (I can't remember which book) about "signature excellence" (OK, I don't even remember if that was the term). Your gist, at least how I remember it, was that extraordinary short-term accomplishments by a player is a general predictor of excellence for that player. The classic example I remember you citing was Roger Clemens striking out 15 without walking anyone in 1984 (his rookie year). Along those lines... Are there similar markers for hitters? More specifically, what are the chances that JBJ's recent 7 game streak of 519/552/1185 means he really *has* figured something out?
Asked by: jgf704
Answered: 8/18/2015
The point of the "signature" article was that there are a very few achievements in baseball (such as striking out 15 batters in a game and walking no one) that are SO extraordinary that only very, very good players can achieve them. It may be counter-intuitive, but a no-hitter is not a signature accomplishment in that sense, but 15 strikeouts and no walks is, because an average pitcher can pitch a no-hitter once in a blue moon, but an average pitcher would NEVER have a game with 15 strikeouts and no walks.
I would be surprised if Jackie's great GAME (5 extra base hits, 7 RBI) was a signature accomplishment in that sense, but the WEEK that he had might be; not sure. If you took 20 weak hitters who had careers (Hal Lanier, Bob Rodgers, Alfredo Griffin, John Bateman, Jim Hegan), I would be surprised if ANY of them ever had a week as good as JBJ had last week therefore, it is possible that that's a signature accomplishment. But also possible that it wasn't. . .

In other words, as a fan, when you see Russell Wilson run for 850 yards from the quarterback position, and an average RUNNING back (say, Robert Turbin) would NEVER have a season with 850 yards rushing, you're entitled to wonder about his chances of stardom.  No apologies required.

The same thing is true when, say, watching a left hand starter throw 97 MPH on his 105th pitch of the day, or watching a benched young C/1B smoke a jam pitch on three hops off the right field wall, or watching Joe Beimel brought in to face the other team's right hand cleanup hitter.  If you see something really weird happen on a baseball field, it probably tells you something.

Good:  1.  He's running 12k, 3bb, and never gives up homers at any time, so he's got a career xFIP of 2.37.  There was a time, in sabermetrics, when we would argue with Baseball Men, insisting that twelve strikeouts a game --- > indicated a pitcher was good.

2.  He is legitimately scared er, anxious out there, which is understandable and correctable.  YOU go out there and pitch the 9th, pokey, with the understanding that a single run will result in your character being assassinated to the entire Pacific Northwest.  Most relievers take over the 9th inning after their fourth year, not after their fourth month.

2b.  SSI is firmly convinced that another set of coaches would have him in a far better state of mind.

Bad:  His fastball command is dubious under any circumstances, relative to other ML closers.  And for some reason he's only throwing 90 MPH lately.  What happens when you got a plus-plus-plus pitch and a minus pitch?  It's worrying.  Not decisive, because there are a lot of white-knuckle closers, but it's worrying.

Smith, when he's healthy, touches 95.  But the whispers had already been that you don't want to pitch this kid two games in a row.

Verdict:  His mechanics leave us in mortal surprise that he can get the ball airborne in the first place.  Dr's Prognosis is that Smith will wind up a very good setup man -- for some manager who isn't stuck on the idea that "a real setup man is a guy you can count on."

Arthur Rhodes was this way.  Use him in spots, talk to him sweet, ride him like a granny mule, and he was a virtual Get Out of Jail Free card.  Pitch him macho, and he'd run a 4.50 ERA.

... NOW they're talking about rehab starts.  Mike Montgomery's and Vidal Sasson's travails could put some extra wind in the sails of this idea.

If you want to understand the main difference between effective (reliably effective) closers and other relievers, the answer is simple - closers have plus plus pitches that can be reliably thrown for strikes at will.  Most of them have only one or two of those bankable strike pitches, but they have them.  Good relievers who struggle as closers are "effectively wild" and win with movement, deception, or change-speed games that are hard to predict.

That strategy will not work in the 9th inning - yes, Virginia the 9th inning IS different.  In high leverage, last-chance scenarios, it is a demonstrable fact that big league hitters take more pitches.  This leads to increased BB and K rates on the whole, but for pitchers like Arthur Rhodes, Jeff Nelson, and Carson Smith, it always has led...and always will lead...to disaster in the 9th.

Smith throws a mushy, wild fastball (which is now coming in more slowly because he's desperately trying to aim it) and a hilarious, Nintendo slider that he has no idea where it's going, but it's so huge that it constantly makes hitters look silly.  If they swing enough.  In the 9th inning...they don't.

Yeah - and you don't see a lot of closers with a signature pitch that they are timid with when throwing to opposite handed hitters. Smith is getting very visibly timid with LH hitters and that mushy FB doesn't help. He's got the nasty slider that is death to RH pitchers but no real weapon to attack the LH hitters. That can make for a great setup man bit if he wants to be a great closer, he's going to need a change up or something.

The first thing I'd try is to use him when fresh.  His fastball is plenty quick when he's right.  But this 90-MPH mushball stuff?  What's he doing in the 9th when his arm is fried?

Marte and our own Zobrist

I've said that I'm not in yet on Marte, but I've moved more that way.  But his OBP, which is absolutely carrying his offensive value, can not continue at this pace.  When you walk 40 pts in the minors, and have litle pop, you're not walking 90 pts in the bigs.  But if he brings a + glove to CF or SS, then a Ben Revere bat will do.    At age 20, he hit .300 in AA.  At 21 he did it in AAA.  He can spray it around some.  I'm growing to like that.  But unless he's clearly better than Taylor/Miller at SS, then CF is where I would rather see him now.  I will point out that Taylor hits .300 AND walks a ton at every stop ever.  We bailed out on him pretty early this year....after a great start last year.   He was likely going to be our SS this year, minus a broken hand.  He isn't chopped liver, you know.

If Miller is Zobrist and starts all over the lot, I can live with that.  But we don't seem to like him at 3B (WHAT?) and there aren't a lot of 2B starts available and we have Smith getting the vR starts in LF...etc.

Marte sure isn't getting a bunch of CF starts.  Lloyd most probably sees him at SS, fulltime.   But you've got to give Taylor a bunch of SS starts after call-ups.

Last year there were 8 players

;- ) Nobody is selling Marte as the next Jose Altuve guys.  I just like the way he battles the pitcher.  As with Chris Taylor.

Doc...you say he's at .377 OBP and it will always be that high.  On what basis do you base your belief that he'll walk 60 times a year in perpetuity?  His BABIP will be exactly average for Safeco, since he is a coin-operated BABIP machine...and he doesn't strike out, so his BA will be close to his BABIP...but where are the walks going to come from if he doesn't intimidate pitchers?

I think he is a better-fielding Yuni Betancourt.

Take that to the bank.  You have to take into consideration the fact that he chews Dubble Bubble rather than tobacco.  I'm actually surprised his OBP isn't .379.

I have trouble telling, with you, Doc. :)

And is that not part of the shtick

Bazooka is the gum of winners.

Guys been a stud, let's all admit it. Everyone knew he was a phenom with the glove, but to predict what he would do at the plate in the BIGS is impressive.