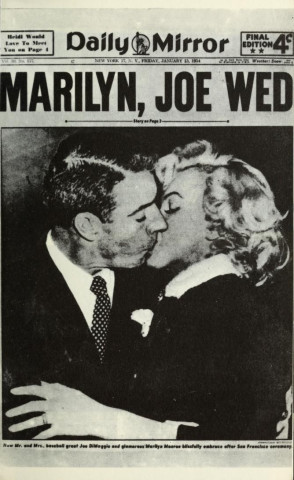 If you weren't watchin' TV the other night you didn't get to hear Bill "Lefty" Krueger's conclusion having watched Kikuchi this spring.  "I think he's an All-Star caliber pitcher," sez Bill.

SSI will always bet on a lefty with a hot fastball and his game together.  Supposedly Kikuchi even gets to 97, 98 at times:

Kikuchi's fastball averages around 92-94 mph, and he can reach 96-98 mph at times. That's not only unusual velocity among NPB left-handers, it's also above-average for the Major Leagues. In 2018, the average fastball velocity among left-handed MLB starters was 91.4 mph.

HQ gives him credit for plus-plus deception, hiding the ball until the very last instant before release.  The wipeout slider we've all heard about it.  Frank Herrmann, ex-major leaguer now in Japan, says that in 2017 when Kikuchi was fresh (and running a 1+ ERA) hitters had "no chance."  The games in Japan are on at 2:00 a.m., so set your DVR.

"They have done a really good job of breaking it down, showing you trends of really good hitters, what their chase rate looks like, what their called strike (rate) looks like,” said Haniger. “Two guys that are really, really good hitters, Mike Trout and Joey Votto, they’re not afraid to take a close pitch with two strikes. They know the zone very well. Those guys also strike out at a high rate on strike three calls, not on chasing. They don’t chase much. That just shows you they are trying to do damage over the heart of the plate and that they are willing to take a borderline pitch just trying to shrink the zone. That has been a big talking point. I love that. I feel like when I am going good, that’s what I do.”

"We are talking hitting differently,” Mariners manager Scott Servais said. “I think that is the shift throughout the industry, not just in our clubhouse. As you get to spend more time with the Mitch Hanigers of the world, they start talking differently about what they are trying to do, which is different from how I was taught. So now I am having to adjust, but I enjoy it.”

Olerud and Edgar did this, take pitches an inch or two outside, even with two strikes - they watched umps fire that right arm for strike three and just walked back to the dugout.  Of course, they also walked 100 times a year, and fired the bats with bad intentions when they did get a pitch they liked.

All of us liked what we saw in spring training.  Fraley carries himself like a man absolutely destined for the big leagues; watching him this March was like watching a Griffey come into his first ST.  I mean, of course he doesn't have that talent, but Fraley had an unhurried, leisure air to him that was stunning.

Servais recently said "he's got some developmental time ahead of him, but ..." obviously tipping his own impression that Fraley's destined.  What does Dr. D see?  A guy who is comfortable with major league pitch sequences, a Bobby Higginson-style versatility to his skill set, and coming out of center field.  A plus center field.

He doesn't have a huge upside but as a percentage bet, he's way up there.

There are all kinds of problems with the roster too.  You don't want to get me started about the fact that Dipoto left the bullpen shelf sit empty.  Much less get us into a conversation about Felix' 10+ ERA nor his personality in this clubhouse.

SSI is swingin' into regular season form, amigo.  For those who just joined the community?  At the Think Tank, we see the negative story as well as the positive one.  But why spend your time selecting the negative stories?  To prove to outsiders that we're Objective Journos?

Dr. D saw some guy the other day go, "I know I'm not supposed to root.  But I'm glad to have K.J. Wright back because of his personality off the field."

UH-HUH.  That's what they're doing at CNN and FOX, right?  The Walter Cronkite shtick?  Matters not to us what the news is.  We just give it to yer exactly how it is.  Donnie or Hillary?  We couldn't care less here at the anchorman's desk.  Yeah, suuuuurrre.

Much less try to echo that bored detachment in the sports pages?!  It's nothing more than an affectation.  Some guy recently asked Bill James sheepishly, "Is it okay to say 'WE' beat the Red Sox last night?"  James fired back, "When there is no WE, there is no more fan.  Sports do not exist without that WE."  James is a man utterly without affectation.

The Think Tank knows what's good and what's not.  We merely select the good to talk about, 8 times in 10.  That's what sports are for, enjoyment.

In case y'just joined us.  ;- )  Yer ain't safe from Sports Is Life moments at SSI, either here or in the comments lines.  Only other place we've noticed that attitude, BJOL.

Here, check out what a Google of "famous newspaper headlines" returns after you click images.  Scan down the topics, consider our focus, and then laugh it off.  Forgetting SSI for a moment and reflecting on the world at large, how can THOSE be the most famous headlines?

WE ain't gonna live that way, are we.  Thass' the name o' that tune.

Mallex Smith is out, Mitch Haniger is in CF, so they bring in a plus defender to back him up - Braden Bishop.  But who is Edwin Encarnacion's plus-glove backup?  Rare to see the Mariners allow a defensive vacuum like that behind a minus defender.

Leave us not forget that Gordon was a 200-hit man, 60 SB's, three out of the last four years ... until last year.  When he batted .301 with 16-for-18 stolen bases in April and May before injuring his big toe.  That's while winning a Gold Glove at second base.  At age 31 now, Gordon's nowhere near the age where you write off a 60-stolen base man.  The beginning of a decline?  Maybe, BUT.  In April and May last year he showed ZERO decline before the foot.