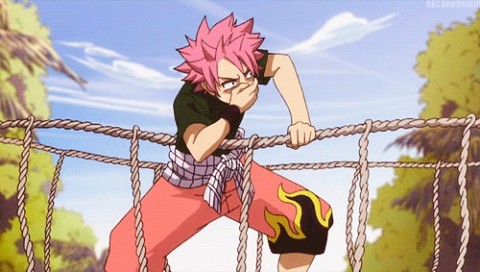 I hadn't seen this article from the M's own site.  Had you?  Or are we trying to use baseball cleats on hardpan here?  The wild guess is that these quotes are new to 60%, 70% of denizens and guests.  That could be off in 40% either direction, though ...

You DID say you want to know what Dr. D would do.  Two things he would do, as you've been nagged to the point of wanting to blow your own head off, is pencil Ketel Marte and Tony Zych into the 25-man for Opening Day.  Both of them would have to do plenty, in March, to lose their seats.

But who knew that Jerry DiPoto would be so FAST to implement SSI's marching orders.  We will grant you that DiPoto is a quick study, so we can safely infer that by this time he has learned to keep Seattle Sports Insider open all day.  Certainly the TV guys do.

"I saw just a little of Marte, but he couldn't have played any better," Dipoto said. "He represents another guy who could be a top-of-the-lineup catalyst. Quite frankly, it's his time as well. He gave us the luxury of being able to trade [shortstop] Brad Miller to Tampa Bay in a deal to access some pitching [Karns] and what we believe is a future center fielder [Powell].

"Tony Zych was tremendous. He must have pitched three or four times the last week I was there. Mid- to upper-90s fastball, wicked slider. We probably don't have a real deep farm system, but we have some guys who are going to contribute right away."

"Wicked Slider" is a sabermetric industry term.  And DiPoto used to spit seeds in the bullpen, you know.  We're guessing that baseball players are familiar with the characterization.

With characteristic humility and charm, Dr. D will promote his original reaction to Zych.  No, actually, that read holds up decently well and we've been told that re-reading the classics is better than working.  EXEC SUM:  in a tsunami of really weird relievers, Tony Zych was a revelation.  As was his "parachute" slider and inclination to start counts 0-1 instead of 1-0.

It suddenly occurs, if you are trying to decide which chessplayers are Grandmasters and which are mere International Masters, it might help if you've spent your life playing chess.  Is this the place where Jack's inexperience PLAYING baseball made the difference?  In distinguishing a 99.9 percentile pro relief pitcher like Bass from a 99.3 percentile pro relief pitcher like Ramirez?

Dr. D is probably being unspeakably naive.  But if the Royals have made the game all about relief pitching, it IS kinda nice that DiPoto lived in big league bullpens.

If you are not alienated yet, watch in horror as Dr. D gleefully blacks the fourth underline under his Tomorrow's News Today shtick.  Five games in, was when SSI directed attention to Ketel Marte's knack for covering the strike zone back-to-front.  What we DIDN'T know was that Jerry DiPoto liked this SO much that he pivoted on his right heel, pulled the trigger on the air gun, and T-Shirt Blaster'ed Brad Miller into the cheaps.

Bob Dutton pointed out, on Twitter, that DiPoto sees Boog Powell as "almost" ready for the big leagues.  That "almost," as you know, means "with three weeks' worth of spring training."  It's *quite* possible that Powell's bat is Ketel Marte II.  And if Boog is a 100 offense, bona fide dive-on-the-warning-track-film-at-11 center fielder who gets to play RF with Cruz, that might actually be kinda exciting.  Maybe he's a pretty cool 5 OF candidate after all.

I still believe that we "might" (not will) trade Smith.

Not a chance in hello.

...that Smith gets traded, or that Powel makes the OD roster?