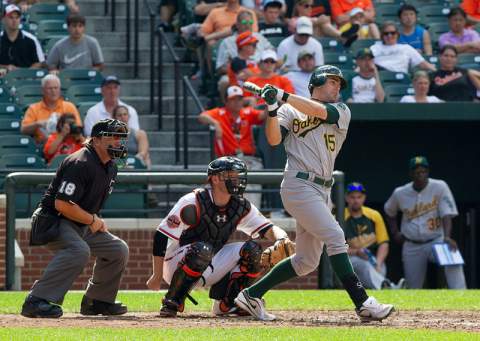 I/O:  Spec posts his 2012 prospects board.  Archaeologists demand to see the documentation proving that it was not written after-the-fact.

CRUNCH:  Everybody used to ax Chuck Knox, "So.  How do you like the fact that everybody has you finishing third?"  Chuck would look into the camera like Dirty Harry watching somebody eat a hot dog with triple ketchup.  ... "Nobody ever goes and checks those predictions later."

So the 2012 Spec66 Update is an upper-deck shot, just for the fact that Jim bares his chest to the machine guns and publishes it, three years on.  But!  Dr. D also notices that all the black "hits" are on the top half of the chart and all the red "washouts" are on the bottom half.

:: ahem :: Dr. Dilaudid has always prop'ped G-Money and JFro as the local (uber-) Jim Callises.  He's been derelict not to throw Speckster into that mix.

You think I'm kiddin, huh.  Then YOU publish your three-years-on rankings and show a better result.  Thought not.

In Dr. D's youth, this used to be what sent everybody screaming into the night about Yankee domination.  They'd take hyped-up minor leaguers and cash them in for serious contributors at the ML level, usually to the Kansas City Royals.

Logan Morrison, Seth Smith, and Austin Jackson are not Chavez-level roster adds.  Those three guys are major contributors, and Jack Z has reeled them in paying little more than org depth.  As a player development czar ... he's livin' the dream, babe.

I/O:  Mojician with a few thoughts on PWN-ership ... Samardzija's of ?, Vlad Guerrero's over the M's, Kyle Seager's PWN-ership of the Rangers.

PWNership starts subconsciously, with a vague uneasy feeling that bad things are going to happen when a certain player is about to take action.  In advanced stages, a team believes that it is destined to lose to that player.  Both the PWNER and the PWNEE begin to play out their scripts of how the contest should go.  Then it does and no one is surprised by the outcome.  If the PWNEE ever wins, it is through outrageous luck and happenstance.  If the PWNER wins, all is as it should be. - See more at: http://seattlesportsinsider.com/article/pwned#sthash.GPeVWdd7.dpuf

In order to deny the force of Mojo's idea -- that some athletes do have "customers" they beat like drums -- you might just as well deny the existence of the subconscious mind itself.

Wiki states, in its entry on the subconscious mind,

Where are the 2015 Mariners, subconsciously?  Dr. D would argue this:

But that breakthrough is elusive.  Once it does happen, a team might then win six championships, but the first one is the hardest.  Before it does win, before it has shaken off the resume of losing that has piled up against it, a team does not subconsciously believe that things will go well.

Psych models come, and psych models go.  Dr. D's own world view -- his best understanding of what the Truth is -- is easy.  "The light of the body is the eye."  We choose what we pay attention to.  That's almost the only thing we choose.

That conscious attention, slowly and over the course of time, changes our subconscious programming.  We become what we continually do and see.  Our "automatic" minds are meant to be a gift to us, simplifying and speeding up the process of living fruitful lives.

We position ourselves to gain or lose from our "automatic minds."  We react as we have come to believe we should.  Michael Jordan came to believe that he "should" win.  But only after years of attending to the problem.

Vlad's domination of the Mariners may have happened easily, automatically, almost by happenstance.  The point is, if you're then going to reverse it, you've got a mountain to climb.

Felix Hernandez?  He might have to learn to relax into a high-stakes playoff game.  (Seems to me he did, mostly, in 2014.)