Skip to main content
Dr's R/X
Comic Book Pitching Staffs
or is it "Staves"? There's been a Zum-Bro' sighting 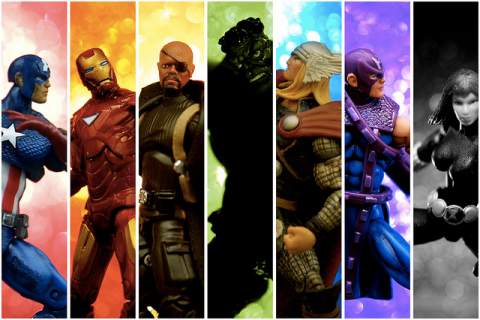 SABRMatt is thinking about writing Avengers: the Battle of Seattle.  Here's a peek at the white boards pre-production:

The story takes place in the fictional "pennant chase" town of Seattle and centers on mysterious old hallway janitor Lloyd McClendon (Sidney Poiter).  He had "married down" to his welfare girlfriend Piratette, but in a bizarre plot twist, she dumps him in the conviction that she deserves better.  She is then immediately run over by a sanitation truck.

Her decision to leave Poitier is never explained in the movie, and this Meet Joe Black "Bug-On-Windshield Death" jump scene serves as a tasteful metaphor for basketball towns that refuse to meet with David Stern.

The sanitation truck itself echoes earlier movie depictions of Seattle City Council press releases.  The driver of the garbage truck is wearing a mismatched three-piece suit and bombs through red lights with a bored look on his face.  This plot device comments on pro sports executives and, throughout the movie, returns to again rip the viewer's attention away from the Avengers' action scenes.  As with Silence of the Lambs and Seattle Sports Insider, the story only gains in richness and satisfaction with repeated viewings.

McClendon resolves to prove that he deserves to be appreciated, if only by himself.  He recruits several of the students to form a clandestine S.H.I.E.L.D. operation, which clears the city of gangs, graffiti and Human Rain Delays.

The Janitor's best friend in the city, Fernando Rodney (Don Cheadle), is also his half-son.  Though both characters are identically aloof, and taciturn with half-lidded eyes, this relationship also is never referenced in the movie.

In the reboot to the earlier Avengers franchise, Rodney replaces Jeremy Renner as  Hawkeye.  After painting over the "116 Wins in 1972" graffiti in Safeco, he forgets and jubilantly fires one of his real arrows into the sky.  When it impales Mike Scioscia in the next city, his hero identity is discovered, but not before he saves 133 games in three years.

Oddly, the most feared Hero in the movie "update" is Joe Beimel (Jase Robertson), who (like the real-life Jase) also is the only recorded comic hero who is just some guy in a uniform.  With a fastball velocity of 86.4, he throws 45.0 innings of 2.20 ERA ball and heroically bashes the faces of handcuffed prisoners through one-way glass.  Public Defender Mojician is dubious about this heroism, and about being plagiarized for the movie's script, but re-signs Beimel in a weak moment.

At time of writing, the Nintendo studio had invested $100,000,000 in this rather dubious production, similar to that invested The Adventures of Pluto Nash.  It hoped to avoid a Pluto-like debacle with its worldwide return of $7,000,000 and season-ending win total of 69 games.