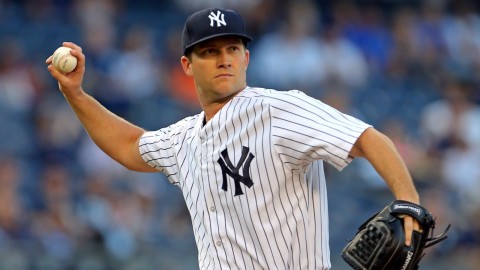 In the M's press release, Dipoto said that Warren had merely gotten lost in the Yankee shuffle:

"Adam Warren's been a very good big league pitcher throughout the course of his career," Dipoto said. "He kind of tends to get lost in the shuffle [with the Yankees], but he's really good and it's not the first time we've tried to acquire him, it's just the first time we've been successful in trying."

But the release tended to characterize both Warren and LHP Zach Duke as "depth" behind Nicasio and Pazos.  So where they fit exactly, you'll have to tell me.

Meanwhile Felix remains in the rotation "as of now":

Mariners manager Scott Servais declined to commit firmly on Monday to whether Felix Hernandez will remain in his rotation after another rough start on Saturday in Anaheim.

Hernandez's next scheduled turn is Thursday against the Blue Jays at Safeco Field.

"As of now, we'll stay with the rotation. That could change," Servais said prior to Monday's series opener with the Astros. "But as of now, that's where we're at."

We presume that's because the M's plan on acquiring both Archer and Eovaldi in a blockbuster mega-deal.