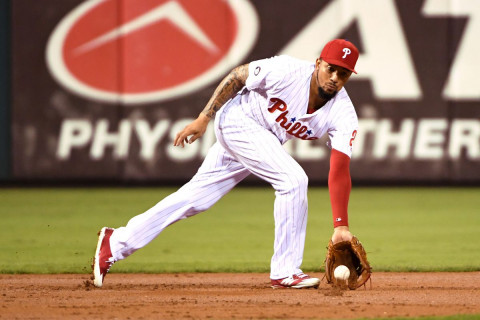 When a team's about to get good, you can always* see the first wave of young stars coming.  Before the winning starts.  Remember 2011 and Earl Thomas was flying sideline-to-sideline, going crazy on Seahawk enemies?  That 2011 team, which was 7-9, had Thomas and Kam Chancellor and Richard Sherman and Doug Baldwin and Marshawn Lynch and K.J. Wright and Chris Clemons ...

... that winter they drafted Wilson and Wagner with Irvin? was it? and they were off to the races.

The Houston Astros, I remember it like it was yesterday, being thrilled about them coming into our division and Bill James warning, "that team is doing everything right" ...  in 2013 they had lost 111 (!) games and in 2014 they lost 90+, but they had Jose Altuve and George Springer and Chris Carter and Marwin Gonzalez and Dallas Keuchel and Collin McHugh and Brad Peacock.

The next year they added Carlos Correa and Evan Gattis and Colby Rasmus and Lance McCullers and Scott Kazmir and Luke Gregorson, went 86-76 and two years later, were winning 100.

I've been kinda scratching my head wondering where the M's break down in this two-stage paradigm.  If two years from now they were winning big, where would you say they were in 2019?

... First of all, Dipoto considered it addition-by-subtraction to remove Cano and other salaries, like Segura's apparently, off the roster.  Felix' comes this winter.  That's no small part of positioning yourself for stage II.

Mitch Haniger and Marco Gonzales were obvious pillars coming into the year, players who would be important pieces of a 2021 drive.  It turns out that 2019 is bringing along perhaps more young club-controls talent than you'd expect in one year.

(3)  Daniel Vogelbach, it seems, is a community-consensus Kevin Youkilis add this year.  Even watching him take an at-bat you sit there thinking, That's a 3-4 hitter right there, boys.  The pitcher seems like he can hardly dare throw a strike, but if he doesn't he's behind in the count 2-1, 3-1.  I dunno what 'Bach's game is going to level out at, but near-100 BB and 35 homers seems conservative.  Right now he's on track for 55 homers and he seems to have a real ability to Back Leg, tennis-swat a rising line drive into the RF seats.

So in 2019 we'll probably be able to say we rized us up a Youkilis DH.

(4) Yusei Kikuchi was added this year, making two long-term TOR's.  He seems to have no preference between his three separation pitches (94-84-74) and he's going to cruise to 7+ strikeouts with 2 BB's per quality start.

(5) The peripheral writers continue to insist that Omar Narvaez is the long-term catcher.  Here's Shannon Drayer:

The biggest positive is what we have seen from catcher Omar Narváez, who has a slash line of .307/.377/.511. While he is striking out a bit more than he has in the past, his power numbers are up significantly. Coming in to the season, the book on Narváez was all on-base skills, no power. Right now he is on-base with perhaps developing power.

The defense is improving with Narváez too, showing the ability to steal a strike here and there and having made a few better throws to second as of late. It’s still a work in progress but Narváez is progressing and very willing to work, so much so that he showed up at the Mariners’ spring training complex in Peoria, Ariz., in January to begin work despite the fact that his first child was due in the next few weeks. He brought his wife along and got to work.

Off the field, Narváez has displayed everything you want to see in a catcher. He works well with the pitchers, I’ve heard he is good in meetings, I’ve seen him help formulate game plans, he is a good presence in the clubhouse and is team-first guy. Fifty games in, Narváez is showing what you want to see in your foundation catcher. They Mariners may have their long-term backup catcher, as well, with Tom Murphy also earning good internal reviews early.

(g) Dylan Moore and Shed Long are UT's who could be taking champagne baths when the time is right.

(h) Roenis Elias, Brandon Brennan and Conor Sadzeck - one or two of those guys could be important relievers on a pennantwinner.

... well, you've got Logan Gilbert, Sam Carlson and Erik Swanson as longer shots to plus you up in the 4 slot.

(j) Of course down the road there are the Kelenics, Rodriguezes and Lewises.  But for "down the road" some people mean late next year.

(k) Dr. D can sign off on Evan White 1B, he guesses, and Braden Bishop CF, as guys who could start fairly soon.  What their chances are of being impact players are .... huh.  White would need to become Keith Hernandez and that's asking a fair bit.

You don't need 12 club-controls stars.  You need a good handful of them, and the other half of your 8-man lineup can be guys like Seager, Santana, Beckham, Encarnacion and so forth.  For that matter this ballclub is already #3 in the majors in runs scored -- THREE! -- and would only need 2 TOR's plus Diaz and Colome to dominate.  That's a little thin because we'd need both of our 2 blue-chipper to hit the triple cherries.

So the trained eye, the erudite SSI denizen, is actually watching DH-C-SS each night, along with 3 prospect RP's and is breathlessly waiting for the two big gun SP's.