Skip to main content
Dr's Prognosis
What Is the M's Nucleus?
Doesn't have to be epic, but has to be there 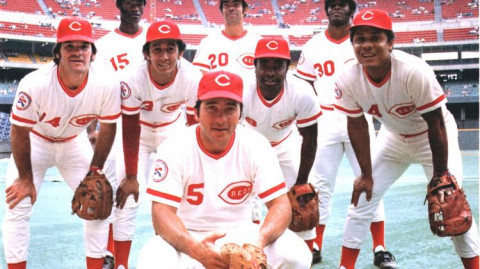 At BJOL, James commented that the 2012 Red Sox collapsed mid-summer -- winding up 69-93 in the middle of a bunch of 93 win seasons -- because they were a quilt-patchwork roster, one with no cohesion, and that when the pressure started they just disintegrated.  By contrast he remarked that later, J.D. Martinez was able to integrate himself as a clubhouse regular within a month of arriving, which is unusual.  He was replying to a question on Dipoto's hectic roster churning, that lots of trades are one thing but if you never give yourself a chance to get a ballclub together, it won't play well under the fire of a pennant race.

In fairness, we'll note that last year's M's played VERY well, including late.  They were way over Pythag.

James observed that a baseball club has little chance to play well under pressure if its players are not all pulling for one another, are not in one anothers' corners.  It gets you to thinking, "Who are the guys who are going to be the nucleus for this team?"

But to take the desired step forward, this year remains about developing core pieces for the future and that means veterans who have driven this team’s early offense -- like Edwin Encarnacion, Jay Bruce, Tim Beckham and Gordon -- could be traded if general manager Jerry Dipoto can get helpful prospects in return.

Yusei Kikuchi and Daniel Vogelbach have shown that they can join Marco Gonzales and Haniger in the future nucleus. Domingo Santana and Omar Narvaez are legitimate run producers.

But at some point, this year will also become more about the development of Smith, Crawford, Justus Sheffield, Erik Swanson, Braden Bishop, Shed Long and pitchers that we've not even seen yet. And that means taking inevitable lumps along the way.

This idea, to me, suggests that the Mariners can't trade Mitch Haniger even though Dipoto has said the offers for him are well beyond normal value.  You've got to have some team captains.

There have been a few different sources this year stating that Mallex Smith remains part of the M's plans.  Leaving us with more potential "team captain" types than I'd realized we have:

Interesting that Johns, relaying the M's vibe, puts Santana into the "IN" bucket.  Which is 4-6 position players here already, with 2 starting pitchers.  Granted, Kikuchi and Marco look better as #2 and #3, so we better hope that Justus Sheffield jells.  You're trying to develop the other half of your team, not buy other teams' used material, so Swanson-Dunn-Bishop-3 OF's-etc are key to the plan...

This is neither here nor there, but wow did Austin Adams have a big debut Friday night.  The slider was (1) exploding and (2) right at the knees.  If he threw those pitches every game, he'd wipe them out every game.

Johns gives Encarnacion (who just hit the 350 doubles / 350 homers milestone), Dee Gordon, Tim Beckham and Bruce as primary guys for the trade block; again, it boggles my mind how many times we in Seattle had been hoping FOR players like Dee Gordon IN at the trade deadline.