Skip to main content
Dr's Prognosis
Thursday Morning Tazoberry
if yer fave ezine could pour you a cup out of the screen, it would 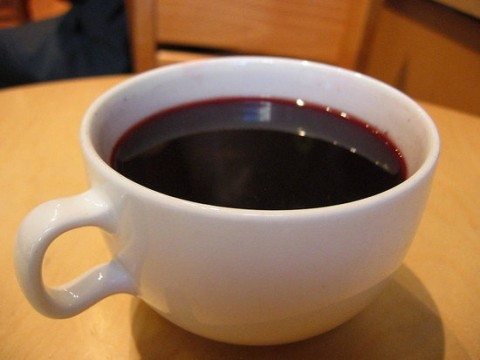 Thanks for holdin' down the fort, amigos.  Quick takes ...

Steve Mann pointed out, to early 5x5 rotisserie geekniks who had nothing but box scores to go by, that --- > if somebody hit .189 in April, that would be the opinion of said ballplayer all year long.  The point, of course, was that if you find a guy who batted .189 in April but .319 all the other months, then trading for him on June 1 was like adding a 1st-round pick.

I'm pretty sure he used Adam Lind as an example.  Since May 12th (about 50 games) Lind is slugging .551.  Let me read that sentence again.  And this despite a .212 BABIP.   The .212 says that theoretically it should be higher; the .551 describes the pragmatic changes of scoreboards.

Think Cano has been okay this year?  He's slugging .539.  If your fantasy rival traded for Lind on May 11, he's been using Lind to cancel the fraction on your Cano.

If the M's trade Adam Lind for Rich Hill that's cool by us.  But the M's offense is at 109, second in the AL to the Red Sox.  Okay, you loose?  Here comes the Big Reveal.

The thing is ... hey, why don't we separate this out.  :: dusts eraser chalk off hands ::  Okay, one blackboard to the right.

CUP OF COFFEE WITH THREE SUGARS

Guesthafnomj:  Felix, Aoki and Zunino back up per Servais on 710 - no Heredia. Rollins, Robertson and Sucre down.

We assume that Sucre gets the trip up to the Karpeted Klubhouse in part as a good soldier award.  Much less likely that Grizzly was right about Zunino maintaining his timing.

Zuuuuuuuuuumball has one U there for every hundred points in his slugging.  Iannetta and Zunino pushing each other a little bit?  This behind the #2 Smith, #6 Lee, #7 Lind and Leonydas' new bat?  This offense is a rage monster.  Just look at the bases and forget about the wins.

Bat571 What I've read from reputable sources is that Heredia is a Martin/2009Guti class fielder with not quite as good an arm. Like Matt says, the question was hitting against power pitching. The Cuban leagues have a LOT of dink pitchers that rely on guile. If he shows he can hit hard stuff, then the other questions are baserunning, hitting the cutoff man, etc., that we've seen Cuban players being less accomplished at. But my guess is we see him soon.

Can't imagine what poor Dr. D could add to a Heredia discussion at this point, but ... he gets paid to talk (in his other gig!) so here are two things:

First thing.  Major League Equivalencies should be viewed as (a) not quite as good as Bill James thinks they are, but still very good, and (b) with an asterisk for player who have repeated a level literally 12 different times.  Aoki first hit .344 in AAA+ baseball in the year 2005, and ANYbody who has 7,000 at-bats in AAA and the majors is going to hit AAA pitching.

Second thing.  At EVERY level of the American minors they have guys throwing 98 miles an hour.  If AA pitchers didn't knock the bat out of Heredia's hands then we're fine on that score.

Third thing.  (HEH)  Martin has very little platoon split any more.  Edgar's top hand cured him.  Tricksy, that Edgar is.  That's relevant in this section somewhere; I just gotta remember what it was gonna be.

< Previous post
We Will Buy and Sell, and Get Gain
Next Post >
Forget the W's. Just track the BASES.
Blog:
Dr's Prognosis
Tags:
Adam Lind

Everytime someone claims to remember a past life, that former life is always A) someone super famous B) someone who knew someone super famous or C) someone involved with a super famous event. If you were really reincarnated, your past life would be an illiterate Chinese dirt farmer, not a servant of Marie Antoinette or a passenger on the Titanic. The fact that this woman claims to be the most famous victim of one of the most famous atrocities in history by itself is enough to discredit her claims in my opinion.

As with hypnotic 'regression'

Where the subject goes into a trance, 'remembers' the past life and there's about a 50-50 chance it's somebody from the 18th century that we've heard of :- )

I went to a hypnotist one time and was quite amazed to find that I used to be Bela Legosi.  Had always wondered why I disliked The Incredibles; it was the movie's disrespect of capes.

Lindsanity in the Contra lineup

That's my roto team name, which tells you how long we've been playing in this league. Anyway, I had a logjam of overproducing late bloomers, semi regulars, that I couldn't all fit in a daily lineup, to wit, Ezequiel Carrera, who is OPSing .850 or so at the top of the Blue Jay lineup, Franklin Guti and Dae Ho Lee. I've been throwing spaghetti to to the wall and for the most part it has been sticking quite well.

Anyway, with all these spare parts, and Dae Ho becoming a regular, I figured "Wouldn't it be nice to swap out Mike Napoli (doing around .790 or so at the time) and trade him for Adam Lind, staight up (contracts were about equal although Napoli was a little lower). Then, I was covered regardless of who the M's played. Against a lefty (we Contras smack our lips when playing lefties :-) ) I put Lee in at first and have the added benefit of a Guti mashing. With a righty, it's Lind's .550 SLG.

This happened around mid-late June. Results have been mixed, because although Lind had indeed been hitting the long ball, Lee has been hitting into DPs and has been in a real funk. Napoli, naturally, took this opportunity to be freed from the Nicaraguan jungles to go insane at the bat. Lind has practically kept up with him, in part time play, but Nappy (sigh) - wish I'd kept him instead of maybe overthinking it a bit, especially with this latest trade suggesting Lind may be going elsewhere soon.

My solution? Trade a $3 Michael Saunders on a year one contract to a team out of the running who was shopping Mike Trout, on his final year and entering his free agency.

But my favorite thing about these late game Lind HRs is the big kid joy he exudes in the post game interviews. The kid loves to play and is without a hint of pretension.

So the senior 5x5 guy actually executed the mid-May pilfer

That coinkydink makes my mornin'.

You ain't still playing 5x5, are you?  You told me once and that's my mem'ry for you.  Where are you in the standings?  Prize league?

Wouldn't take much trash talk for me to sigh heavily, haul myself off the couch and run you over in a 2017 fantasy league... all you mooks...

We are still 4x4, as the original roto rule book had it...although we modified a number of categories - OBP for BA, SLG for HRs, we invented a SPEED category that counts runs and SB but subtracts HRs so that good on base skills and speed are rewarded.  Wins are now Quality Starts, and interestingly, it doesn't make a big difference either way at the end of 162 games. Our studies, such as they are, show that the rankings pretty much stay the same either way for that category, but we like it this way. This year we finally broke down and included HOLDS at half the value of a SAVE.

$260 auction, AL-only, two year contracts with an option the third year. I'm currently in second and trying to make my move. It's a prize league, we meet in a living room for the auction. Best part? None of these silly playoffs. You fight all season for 1-4th place to get money, like baseball was invented to be. No weekly pairs offs. And it is amazing to me how at the end of 162 days, with thousands of hits, runs, rbis, and hundreds of saves, quality starts, etc., the championship will come down to whether Joe Slobotnik is or is not thrown out stealing on a Sunday afternoon.

Also, like the major leagues, you don't win the league your first season, You gotta pay and pay your lumps with the semblence of an expansion team, as you can't bring in your cheap good ballplayers. You alone have to pay market value for everyone your first season, unless you are lucky enough to assume a lapsed owner's league. People still join up, however, knowing this.

You didn't say how many owners

but if it's 10-12, your league should be the only one allowed in America.

So true, also, about Joe Slabotnik.  I still remember the thrill of drafting my first fantasy team and then channel-surfing a Blue Jays game to watch Carlos Garcia step up for "me" on TV.

Been missin' ya for a few days lately there JenAnnC.    - PDXJules (my wife's AOL account name as you might remember)

PDXJules.  Thanks for jogging my memory.

Seems there's hardly anybody here from Mariner Central, much less from the AOL boards.  And what was the name of that one site with gdavis moderating?  Kain't remember...

I read some MC

now and then but not sure if I ever commented.  Lost track of you until a certain post that multiple sites linked to on SSI several years back.  I remember that it was "tomorrow's news today" awhile before I first saw the phrase here but don't recall what it was.   The Pineda 2-pitch dominator call was the same thing a few years after, when everyone else was saying he needed a 3rd pitch.  For me, AOL years were horrible, waiting often weeks for response to moves when there was anything insightful to ever find about them.  I was into the A's back then though (Rickey...)

From my perspective, there's ways the golden age was the mid 90s into 2000s, in ways it's now.  I wasn't reading M's boards besides papers until about 96 though.  The A's AOL coverage had soured me for awhile even after the early 90s Ms had turned my sight local.

Do you mean golden age in the comic book sense?  When all the characters had the same personality?  When a phrase from Wonder Woman or Batman could as easily have come from Superman or the Flash?  Thanks to Stan Lee and Jack Kirby for changing all that.  Thanks to Bill James for advancing characterizations in baseball.  I guess the golden age of baseball analytics, if viewed as James being the equivalent to Marvel, would be more like the 60s to 70s.  For baseball blogs, I've got no idea.

I love being able to read opinions on moves and players before deals are even finalised.  Whatever the age is called, I definitely prefer the conversations and coverage of now to my AOL experiences but I wasn't around for what you were referring to.

Do you have another screen name I'd remember amigo?

By "golden years" I'm tongue in cheek, kinda.   No, you're right, and your comic book analogy is dead on.

It was an age of discovery, when the next article you read might have been about "Olkin ERA" which was the forerunner to xFIP and you had a secret weapon for roto:  you had true-r versions of ERA than the other guys did.

Lots of friends who were closer than your real-life friends.  ;- )

Probably we all remember our youth as better than it was... great thing, the human mind, how it tends to remember the good stuff more than it does the bad...