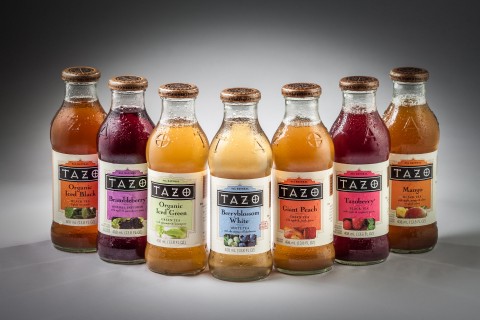 Bill James has a list of the 100 hottest batters at any moment in time.  72 degrees is room temperature.  The Mariners have three in the top 100, those being a guy near the top of the list, one in the middle of the list, and one towards the bottom:

And that's despite Marte hitting into some hard outs.  First two AB's we saw last night were 1) a nice cut-swing fliner to the opposite field, caught by the LF, and 2) a screaming line drive that held up too long and was caught by the CF.  We didn't see the next three AB's, which were ... oh.  All of 'em base hits!?

The first two or three games, we opined that Marte was swinging out of his shoes, popping pitches up - residual overconfidence from his .500+ SLG in spring training.  The mini-slump followed, but it only took Marte about five games total,  before he pulled his 5-iron out of his bag and started slashing balls up the middle and the other way.  The second week, he started collecting hits.  This last week, he's 12-for-his-last-25 and he's already back up to .288.

He can go back to the 1-wood before too long.  If you're a 100 golfer like Dr. D, you've got to knock three or four drives into the fairway before you open up your swing.  But the cool takeaway here, is how FAST a 22-year-old shortstop adjusted himself.  Ketel?  Edgar?  Robby?  Combo of all three?  You be da judge.

Here is a list of the M's stats last week.  They've got 7 players with OPS's over 800 up to 1.049, and another 3 batters over 700.  We can all take a breath against the M's hitting at home, and against their hitting lefties.

One other player to single out - Chris Iannetta is seeing the ball great, with a week's OBP of .467 and already 9 walks (!) on the year.  But despite his 2 hits and 1 walk Tuesday, Clevenger played Wednesday, because Clevenger looks real good at the plate too.  And, of course, that gives Iannetta 72 hours to rest his legs.

We chatted during the game last night.  Steve Clevenger seemed to consistently set up in spots Iwakuma didn't want, and I noticed quite a few times that Iwakuma changed the pitch on Clevenger.  Just saying.

At the moment Iannetta has a 2.85 CERA in 564 plate appearances and Clevenger's is 4.58.  Going by runs allowed, it's 3.11 in Iannetta starts vs 4.92 for Clevenger.  Clevenger has not caught Taijuan; he has caught Felix, Iwakuma twice, Miley twice, and Karns.

Personal impression has been that Clevenger's kinda-sorta okay behind the plate and Iannetta real good.

Good read from Jeff Sullivan to the effect that the Astros are in real trouble.  Per Fangraphs' projections for player performance, crossed against the standings, their playoff chances have dropped from 70% on Opening Day to 30% now.  That would be a whale of a drop in the first three weeks of the season.  :- )

The M's have gone from a feeble 20% to a very respectable 40%, actually 43%.  Not that Dr. D buys these projections.  But after three weeks of divisional play, the M's have come out smelling like a rose.

Against the M's, Rich Hill looked like Sid Fernandez on his best day.  Here's a Fangraphs article showing that Hill's last nine starts have been better than any Max Scherzer nine-start run ever.

The A's have 8 batters with OPS+ over 94.  Those 8 guys look pretty much like they can sustain it.  We'll have to comfort ourselves in Country Breakfast and the 3-4-5 starters.

Earlier we chuckled about the M's lineup with their Haves and Have Nots.  That's changed now; everybody's OPS+ looks nice, other than Seager's (no worry) and Aoki's (limited relevance).

In essence, Dae-Ho Lee played in Nori Aoki's place last night, which is another illustration of the very real competition for at-bats and innings.  And an illustration of how fast Servais is to address non-quality at-bats; Dr. D has barely noticed an issue before The New Pencil has acted on the problem already.  While other blogs fume about Joel Peralta's "incorrect" application as short term 8th-inning Band-Aid -- never mind his 10.0 K, his 2.0 BB, and his gasp-inducing splitfinger -- you the SSI denizen are taking note of the weirdly effective bullpen.  And the fact that we fans hardly even notice the super-kludgy roster.

Seth Smith has 10 walks against 10 strikeouts.  This is probably an example of fatigued pitchers worrying about Cano and Cruz, just enough so that Smith has a little extra edge.  Same thing with Chris Iannetta's 9 walks.

And it could be that Leonys Martin has four tremendous home runs because of this "lengthened lineup" effect.  And Ketel Marte is squaring the ball up practically every at-bat now.

Sabermetrics loathes the idea of "lineup protection," probably because it analyzes [one hitter's results behind one other hitter] and pooh-pooh's the idea of whole-lineup synergy.  But sabermetrics has 0.00% answer for the question of, "Why do players have UP seasons?"  I mean the next word I read on that will be the first word.  Literally.  And it's probably the most important question a manager faces.  Saber is great with micro factoids, terrible with systemic insight.  To a man with a hammer, every screw is a nail.

Josh sent over some analytics.  Here are the top dozen articles so far in 2016, if you're innerested.

Let me know if you need a link and can't find it, bro'.

You remember the 48-hour news cycle in March that Servais was going to turn the runners loose?  :- )  They've got 6 stolen bases as a team; Jose Altuve has 9 by himself.  And that's fine by Dr. D.  He hates getting baserunner killed.  If you got 2 outs per inning and first run didn't count, how would you do?

The M's are #9 of 30 teams in defensive efficiency, turning 72.9% of balls in play into outs.  They're also #9 for park-adjusted DER.  It doesn't hurt that they now shift on 25% of at-bats, compared to last year's 8%.  Most of their above-averageness is coming on ground ball outs.  They're already #25 in outfield DER, despite Safeco and King Leonydas, so it's not like that is going to start hurting us more.

I figured these M's to finish maybe 20th in DER.  We'll see.

Mike Montgomery continues to throw 95 MPH from a tough angle - and his offspeed stuff is his greater strength.  He's still a little wild -- he ain't the only hard-throwing lefty who is -- but he has a 2.36 FIP, the ability to go 3+ innings like Scot Shields - and he's in the tadpole stage as a reliever.  Dr. D likey.