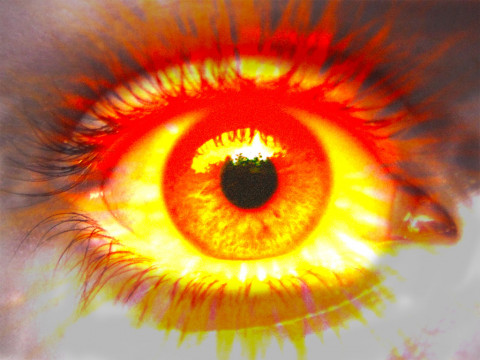 We'll start at the top:

Never hath a player done so much in so few gameth to convert me to the Denizenth side.  Aside from the .389/.476/1.000 slash line, he's done it is such a way as to garner attention:

He just keeps going up there with that violent Jose Canseco swing, both hands on the bat allllll the way around, and zinging hard-hit balls everywhere.  That's 50.0% hard-hit vs 8.3% soft-hit.

True, he's got a .444 BABIP.  Also true that he doesn't need a 1.000 slugging percentage to stick in the major leagues.  Early evidence coming way in on your side, amigos.  He's looked fantastic.

With him as with Santana, the plate discipline is out of this world.  Up to this year he had a 28% strikeout rate and 6% walk rate; this year it's 5% strikeout and 11% walk.  Heh!  Component plate disciple stats (chase rate etc) follow along nicely.

Dr. D has no idea whether it means anything; probably not.  Just wanted to publish his own opinion that Beckham has looked as solid as his numbers have.

Looks like the same dude to me, having run into an extra mistake pitch or two.  ... well, maybe one of two of those doubles file under "came ready to play."  But he's still got a 0.25 EYE in the midst of the carnage.

Of course Dr. D thinks Healy can play baseball in the first place, and at age "27 with experience" he's a whale of a nice bet this year anyway.

Leaving us where?  .... Leaving us wondering not, perhaps, whether 7.6 runs per game can last all summer, but at least whether it can last into Wade LeBlanc's start Sunday.