Skip to main content
Dr's Prognosis
Sizzlers and Fizzlers, 5.22.19
A LH catcher with a life OBP of .366? Howzat grab ya 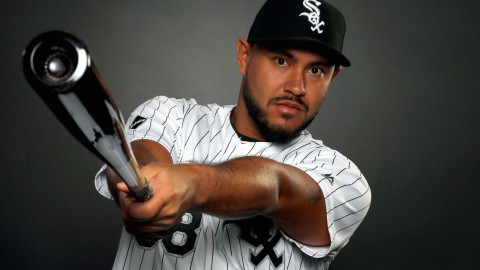 If his power seems a little bit high-ish, it's probably because that compact swing is getting to hot fastballs.  Here's a stat; tell me what you think of it.  "Home runs off fastballs 95-100 MPH."  'Bach leads the majors in that category, with 5 despite his short season.

Is it Dr. D's style to put a permanent ballplayer in the Yahtzee DH slot and clog it for 6-8 years?  My own thing is that a permanent DH, like Edgar, must have a high OBP.  Otherwise, if it's a Steve Balboni type with a .299 OBP and thirty homers, then when he's not catching a mistake on the barrel then there's nothing much happening.  I'll take Vogelbach and his near-.400 OBP, and the who-knows-what PWR, at DH for the next 5 years.

This is what I imagine would happen if somebody offered me a GM job.  That I'd make super-logical moves which crashed and burned for absolutely no reason that I could perceive.  It seems to me that over the last 40 years, the Mariners have had way more than their share of these.

.... in the org's eyes, anyway.  Check it out, one cubicle to the left.  He's got a bat of 108 and a position array like Ben Zobrist.  I could see him filling a McLemore-type role on a championship team.  But see Dipoto's remarks in the attached link.

I always assumed he'd run into a Miguel Olivo problem, where the org pronounced his defense to be prohibitive, but the signals coming out of Mariner Central are very positive.  Word is that he's "really putting in the work" to improve and that "the pitchers like working with him."  If that's the case, then slap me silly maybe the Dipoto Mariners have found a catcher.