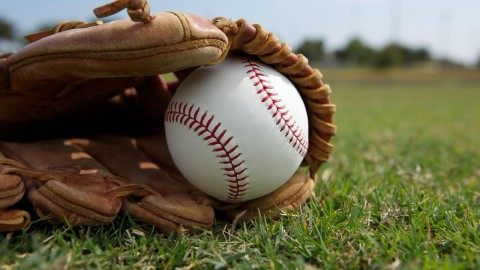 If you haven't noodled around at 'Savant, they've got lots of inneresting leaderboards based on StatCast.  For example, you can find a player's "expected batting average" based on exit velocity and launch angle, which comes very verrrrry close to a real normalization.

There is "expected slugging average," xOPS+ (actually xWOBA) and lots of stuff.

The bottom line is that if you re-racked the first half and gave Kyle Seager the same kinds of batted balls, his stats would be a lot better.  As would - this may surprise you - Taylor Motter's, which is probably why Scott Servais keeps running him out there fearlessly.  And the TNT got a great Sports Illustrated of him skying for the tomahawk jam: 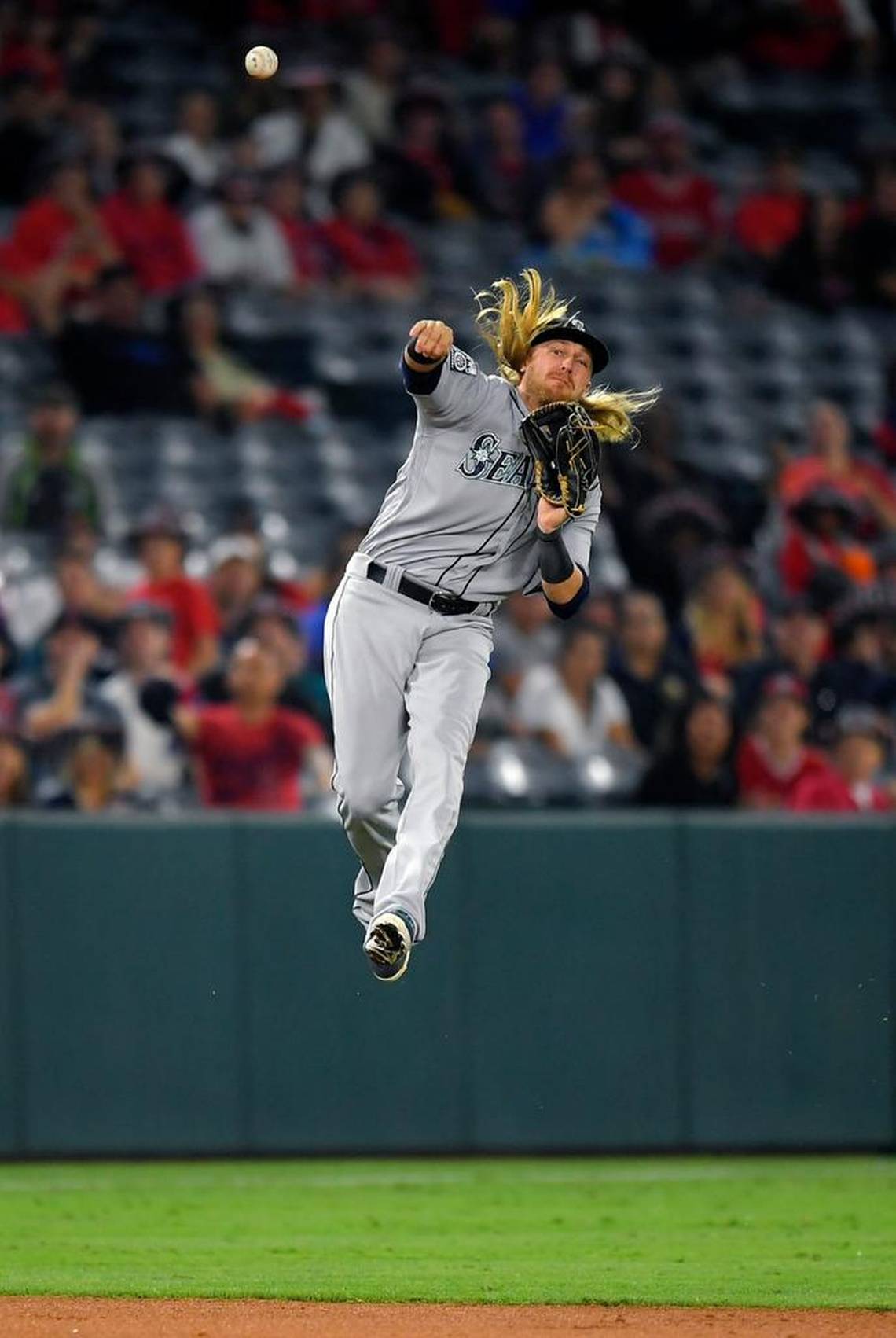 The guys hitting into the best luck have been Ben Gamel -- you knew that -- along with Haniger, Segura and Heredia.  Of course Gamel and Haniger have stats to spare; take a healthy slice off their OPS+ and they're still in great shape.  One guy who has NOT hit into especially good luck, since Opening Day, is Mike Zunino.  His OPS+ is at 110 and that's about where his theoretical batted balls put him.

The 'vine around Dave Robertson and his 13K arm continues to smoke, hiss, and bubble slightly.  Could blow at any time.  MLB Trade Rumors calls Pat Neshek "the most likely pitcher in the majors to be traded"; he hasn't given up a run in a couple of months or something.  The Mainframe has a real inkling for a deal that would bring in a closer and let Edwin Diaz set up for a little while.

This Bay Area reporter stated that there were 4 teams with "multiple execs and scouts" at Sonny Gray's last start:  Toronto, Seattle, Atlanta and Chicago.  Gray is controlled for this year and 2 more, and in my humble opinion could be in shouting distance of Jose Quintana for resource value.

The TNT says that the Mariners are expected to sign two big time Caribbean teenagers:  the top power hitter, Julio Rodriguez, and a 16-year-old shortstop who supposedly has a special baseball head, Juan Querecuto.

Ryan Divish's twitter feed has an image of Chris Sale throwing his slider and fastball in overlay.  ... actually the tunnel out of his release point isn't that weird, but his repetition is.  That's when you get a bankable All-Star, when his release point is automatic and his deception on the change speed is a given.  You feel fortunate to ever scratch 3 runs out of a pitcher like that.  K-Pax has a long ways to go, but when he gets there, there's no telling.

If it would help get a deal...

I'd remove my arm and sell it to get Robertson and Quintana or Gray. Please...make it happen

I didn't expect Zunino to be hitting as projected. I wonder if that's a combintation of good luck recently and bad luck initially... or if the splits would still say he earned what he got.

I'm with Matt on the trade acquisitions, right up to the bodily mutiliation part. I'll keep my arms, but I've got a nice vintage SNES I'll throw in. (Nintendo matters in the history of this team you guys, don't knock it - let's persuade the other GM that it was KGJ's clubhouse unit or something).

Nice to get a couple solid international 'spects. Any word on Noa?

M's still in on Noa.

Regardless, this has just begun and according to a report from The New Herald, other ballplayers from The Island are very close to receiving offical contracts from MLB franchises.

That is good news if it pans out. I've heard good things about Noa

...just that he merited mention alongside our two 'big' gets. Two (relatively) big international signings with the potential for a third? I'm paying attention. =D

Also, I'm very interested where these guys fall (and would fall, in Noa's case) into the system as it stands. Nothing like a big refresher for your system after the draft and International Signing Day...

Speaking of 'I know very little' 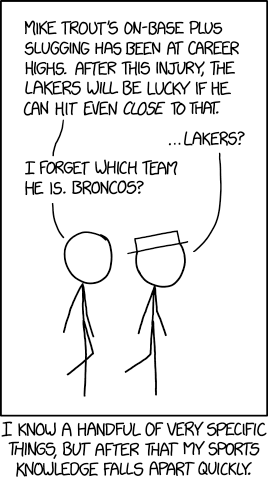 "I heard they might make the wild card game, which would be cool. Do you know when that is? I have a wedding next weekend, but if it's after that we could try to go!"

Apparently, we're also still in on OF Stir Candelario

Jeremy Gwinn, son of our own Gentleman Jeff Gwinn, has had pretty decent outings, the last two times he's taken the hill for the Idaho Falls Chukars.  This after a tough afternoon in his first start.

But, nose to the grindstone, he put that one behind him.

On June 26th, again getting the start, JW struggled out of the gate, giving up a 3-run homer and  5 hits in the 1st inning, vs. the Grand Junction Rockies.  Then he rallied with aplomb, limiting the Rocks to just  4 hits and one more run over 5 more innings; the run courtesy of a solo jack in the 6th.  He allowed only 1 BB and racked up 7 K's.

Buy your tickets to the 2022 MLB All-Star Game now.  2022 will be see the 60th anniversry of Dodger Stadium.  MLB might just bring the Stars to LA.  We will all have to schedule a road trip to catch Jeremy!!

Aches and pains and balls and strikes. A long grind for those kids.
Thanks Moe for the good words! Very thankful he got past the tough start and hung in there.

I played yesterday and this morning

9 holes each time.  Same story:  4 holes of ugly, followed by 5 holes of striping it.

Tell Jer we're proud of him!

I would be completely honored to carry your bag of lawn darts!

Actually Bat got to tell him that in person....and already have myself. Thank you!!