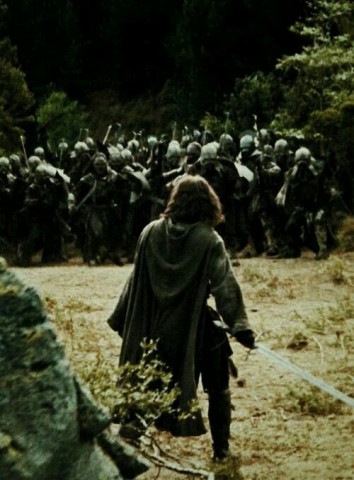 ... which exactly nobody noticed, since the headlines fixated on the Dodgers and Yankees as always.  But:

The Mariners take a breather this next series, with the +48 -59 Blue Jays coming in ... while we wait for the Orcs to cool off and even hit a cold streak, at least a 5-for-14 type stretch which will allow us to resume our 3-game pad.  Maybe the Orcs will win 30 of their next 40.  Hats off to them if they do.  The Houston-NYY wild card game would be most entertaining.  Question is whether that streak would equal or exceed the 20-game win streak that led to the Moneyball book.

By the way, if everybody plays .500 from here, that leaves us tied with Oakland at 90 wins and then there's a playoff-game to play-in the Yankees, correct?  Tie goes to the M's.  Tell you why in a minute.

But it's getting so there are only 52 games left, by my count, leaving 2 dreary thoughts in Dr. D's head along with 1 rosy one:

1.  Even if the M's win the wild card, then :- / it could be they're burning their chance to pitch Zeus-Closer-Megacloser against the Yankees.  It could be that we have to pitch in rotation the whole time.  To me, that's big.  I don't like our chances with Mike Leake going up against Luis Severino.

2.  Suppose the M's do the obvious thing and slip-can Felix.  Who pitches for him?  Is there an August waiver pitcher that Dipoto has im mind?

More rosily, down the stretch against the Orcs:

1.  Gordon (leading the league in SB's, practically leading in IF hits, causing havoc in a 2-1 game)

8.  Cameron Maybin and his rock-hard .255+ average and good wheels

One thing I especially like is the prospect of the above lineup against our very enemies, the pesky rodent Orcs.  I'll take that lineup, with any of our lefties, against the scrubby A's any time.  Marco takes the A's, and then Zeus takes the Yankees.  Or so we hope.

Thanks so much to those who have supported SSI/DOV in its fledgling efforts to stay alive.  If you'd like to join the ownership group here is the link.  And we always appreciate the potatoes in the hobo pot, the comments that keep the Think Tank read going for everybody.