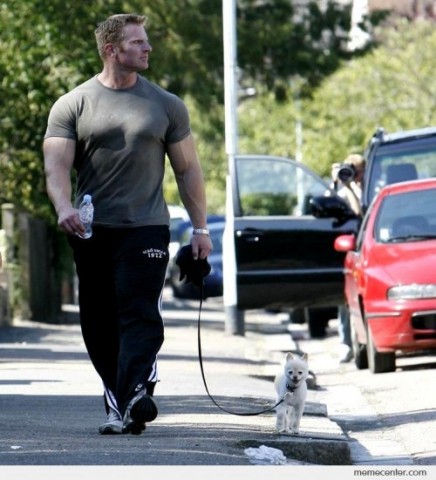 Continues to hit everything.  He's actually better -- in terms of skill, whether it's showing up in the stats or not -- on good change speed than he is on fastballs.  He hits pull, center, off field.  He hits every pitch.  He gets on top of the ball; I think his grounder ratio is over 2.  Check me on that.

Continues to swing at few pitches.  The last 14 days, even, he's well below league average.  That's a very solid sign, that at THIS point in his season there has been no loosening of the bolts on his strike zone.  Once again, "see ball hit ball" players transcend a lot of cliches.  Mike Trout certainly does.  Junior did at Marte's age.

Continues to ... no, has begun swinging with more and more oomph.  This is an extremely happy signal.  Think about what it indicates as to Marte's confidence, now that he's seen two months of that soul-murdering MLB pitching.  His ISO is around .100 and will probably go up from there.  If so, that's definitely (one of) the element(s) that a high-contact hitter can use to move from "okay" to "good."

John Dewan, at BJOL, has Marte for +6 plays made on grounders over an average-solid ML shortstop.  In 1/4 to 1/3 of a year, fieldingwise.  The juicy thing is that they are ALL made in the hole, to Marte's right.  That's like realizing your rookie middle linebacker can knock over offensive linemen and can cover receivers downfield.

For all that, Dr. D isn't saying that Ketel Marte is a done deal.  He is just doing what he did five games in:  claiming that as non-prospects go, Marte's core skill set is looking pretty blinkin' awesome here.  Take it or don't.  :- )

There was another really fun Hey Bill today:

Hey Bill, Just wondering if you had any thoughts to share on the Matt Harvey controversy. While I can understand a pitcher with a bright future wanting to protect his arm, since when are such decisions in the hands of the pitcher himself (or his agent, or a non-team doctor)? To some people's way of thinking, Harvey is under contract with the Mets this year and should be obligated (both morally and legally) to pitch whenever called upon to the best of his ability. On the other hand, the Mets may not see Mr. Harvey as part of their long-term plans due to his anticipated price tag, and may therefore have an incentive to over-use him in order to achieve a short-term goal.
Asked by: rlk123
Answered: 9/23/2015
Well, we are in the middle of something. We (the Red Sox) had an incident earlier this season in which the starting pitcher shouted at the manager after being taken out of the game in the 5th inning, and in the last week or two both Justin Verlander and Max Scherzer have been more or less openly disrespectful of their managers after they were taken out of games. Something is happening, and I don't know what it is.

Dr. D would assume that these players are finally realizing what NBA players realized in the 1970's:  that they are more important than their managers.  Sure, they have been at this point for a while, but it could be that now we are hitting Critical Mass on the issue.

Chone Figgins believed this, relative to rookie manager Don Wakamatsu, even after Figgins had hit .097 for two-and-a-half years.  But the interesting followup question for Dr. D is ... why would MLB players be different from (all) NBA players and NFL wide receivers?

Perhaps it is that baseball is a more humbling game.  Carmelo Anthony is in no danger of going 0-for-15, of humiliating himself in three straight NBA games.  He will get his 25 points and then he will hustle out into the night, as Pat Riley put it.  If Keyshawn Johnson does get a few games with no catches, he'll rage "Just Throw Me the *** Ball" and, because his talent level is stable, will still be able to count on his services being coveted.  But if Taijuan Walker blows a rotator cuff and tops out at 90, he's done.

It's one of the great things about our sport.  The players have this huge check-and-balance on their egos, the looming possibility of doing badly next week.  FEAR OF FAILURE is the ace hole card of every 21-year-old, and it's a life lesson.  You perform better at anything if you think you might lose.

As it pertains to Felix ... have you ever been around a superstar who is more of a pleasure to have in class?  He's a regional treasure.

I dunno ... did Kam really gain nothing?  Take 60 seconds for "active rest."  Take the UnNap Nap as some sleep expert put it.  Honestly, a great overlooked idea in America is "Rest."  And imagine you're Kam.  You Are Kam.

Dr. D is not saying he's glad that Kam held out.  But Kam probably is glad he held out.

Zen Dept.  Who gives a flying nickel whether Kam won?  Now WE win.  14-2, here we come.  Next six games we don't even have to be good, right?  And game #6 is Dalluss wifout Romo or Dez.  A huge negative on the sked becomes a huge positive.  The Seahawks have the Cards right where they want 'em.

History will record that the 2015 Mariners had a fearsome offense?  The readers of b-ref.com will, in 2045, glance back at 2015 and say "Wow, those Mariners hitters rocked"?   GM Detecto is not fooled by a crazy second half that was achieved when it didn't matter.  He's encouraged but has not bought in.

Tell you what we ARE glad to buy into, though.  Edgar. Is. Good.  Mark Trumbo continues to be the chief beneficiary, and now we ASK (a-s-k) whether he's one of the righties who defeats Safeco, as Nelson Cruz does.  He's slugging .490 at home, .403 away.  Since the Tee Drill began, he gets on top of the ball and hits the ball hard and low to RF.  A player who defeats Safeco adds 20 points to his effective other-park OPS+.

GM Detecto thinks long and hard about this player.  He wants his saber team's very best analyses; this is your career on the line, boys.  Come in here in a week and I'd better be impressed.  You'd better know things I don't.  ... but more important than that, he wants Edgar's intuition about Mark Trumbo in 2016.  ...it's a very tough call, is what we're saying; the decision hangs on a knife's edge and that only because Trumbo+Edgar have been utterly fantastic.

Logan Morrison is at it again; his OPS+, now that nothing matters, is 155 the last thirty days.  GM Detecto is not swayed.  He needs no sabermetricians on this one whatsoever.  See ya, would'n wanna be ya...

When Dr. D "solves" the Mark Trumbo / Logan Morrison / 1B problem by the flipping a coin a method ... "Coin's in the air!  Oh, I want something better than either!"  But you do have the self-imposed salary cap here.

Marte might not be a done deal.....but I can't seea situation (beyond injury) where he isn't an Opening Day regular.  That is a done deal.

Even if we bring in a Joe Torre or Earl Weaver to manage this team (Sadly, Yogi Berra is no longer an option), you think they won't see something they like in the kid?  You think Cano won't say something veteran-leader-All Star like about the kid?

Pencil him in. That is a done deal.

He could still go all Figgins at some point, I suppose.  I'm not betting on that, however.

The questio is whether he is a good glove 100 OPS guy or a good glove 80 OPS guy.  A onth ago I would have felt comfortable laying money on Door #2.

I like Door #1 (or something closer to it) right now.

Even Monte Hall would see that at this point.

I think you missed the memo on Earl :- )

Of course you miss a lot fewer memos than I do Keith-O!

You've pointed out Cano (and Cruz) before.  Now that you mention it, I bet that's the icing on the cake.

Figgins was always an arm-swinger and pitch-stalker (!?) so hopefully we can relax about that comp, except in the general sense of falling off a cliff.  To me, Marte's game in the batter's box is pretty projectable.

I gather you're a Marte *FAN,* Moe?  Or you're just connecting the dots?

Never wasn't...or something like that.  Mid-season, maybe before, I was calling for him to get a bunch of CF time in Tacoma.  I saw that position as his more natural spot with the M's.  I will admit that I didn't see him as a day-to-day SS, but that is because I'm comfortable with Miller in that role.  Oh..I like Taylor, too.  Marte has shown some stuff, however.  Glovey stuff and double-roping stuff.  He's hit 14 doubles in a bit less than 1/3 of a season.  If he hits 35 on a regular basis and walks 70 pts, he's ours for the next 8-9 seasons!  Maybe more.

His 70 pt eye was clearly unexpected as it had no A-AA-AAA basis.  But he looks like he can run for a long time on a 60+ pt eye.

I love versatile-scrappy-glovey-spray ball guys like this.  Witness my baseball crush on O'Malley.

But I must admit, I'm even more impressed with Marte than I thought i would be.

You drained an 18-footer amigo.