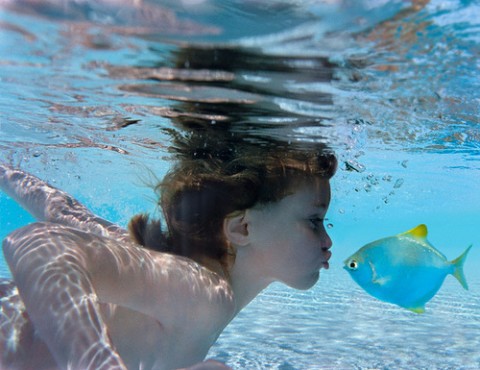 All y'all longtime DOV season ticket holders probably remember Dr. Naka.  He took the board deep with a prediction that Michael Morse would have a big league career.  Morse was the 3rd player we got back for Freddy Garcia, after Miguel Olivo and Jeremy Reed?  The Mainframe has a VR-chip recording of USSM walking around with Cheshire Cat grins on their faces for days, murmuring "What a great trade."  Hey, if other sites are going to photo-brush Bill Bavasi into a Special Ed student, least we can do is remember that teaching moment.

Anyway, Dr. N insisted "physical talent is approximately the same for all these players.  Morse has the mental strength to differ."  Morse stood, then, about where Stefen Romero or Boog Powell do now.  But Morse has gone 10 years with a 117 OPS+ in the big leagues.  It was a memorable Think Tank debate on Morse.  :- )

"You come from Triple-A and are able to play loose and relaxed up here, that says a lot. Especially in your first year, because after that you just need to work on improving and getting better and learning the league."

Scott Servais follows on:  "I'm really excited about him," new manager Scott Servais said. "I think he fits exactly what we're looking for as far as a guy to create havoc on the bases offensively. We want to be aggressive. I think he brings some attitude or some swag to his game, which I don't think is a bad thing. I think it's a good thing. He's very confident."

It's one thing to have a blustery SOCIAL VENEER.  It's a second, far rarer, thing to believe deep-down that you belong, and that the guys at the next level up are just people.  Ken Griffey Jr., Bryce Harper, and Josh Hamilton knew they belonged, but for different reasons.  As one wag put it in 1989, "Ken grew up playing in the clubhouse of the Big Red Machine.  Now he walks into the Mariners' dump clubhouse and he's supposed to have stars in his eyes?"

But there are also guys like Russell Wilson who come in, underrated and even dismissed, and just start grimly attacking the depth chart.  Tom Brady was like that, especially at Michigan.  The Mariners' Freddy Garcia, back in the day, was such a player - his disdain for enemy hitters was dyed in the wool.  It was such a pleasure to watch him, as a rookie, attack hitters with exactly the body language of a modern Cole Hamels.   These kinds of players are the anti-Ackleys, anti-Smoaks ... Taijuan and Paxton do not have this gift.  They have other gifts, of course. 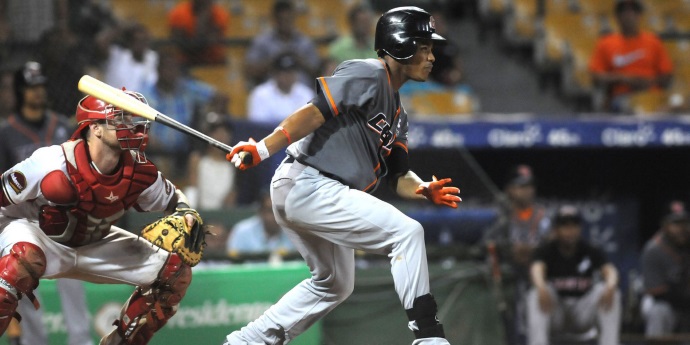 From an aiki standpoint, Ketel Marte had the RELAXATION to synch with the strike zone back-to-front.  Find a lunge swing in his tapes anywhere?  Go on, we'll wait.  It is only when you are In The Zone that you can synch up with your opponent's timing.  Ketel did it routinely.

It was also odd that a player of such confidence was --- > so interested in sponging off Cano and Cruz.  In his near-half season, he walked 68 (!!) times on a pro-rated basis.  His walks did not decline after a trip around the league; he walked 10 times in August, and then 13 times in September.  In the last homestand against Houston and Oakland's pitchers, he walked 3 times in the final 5 games.  True that 95% of baseball players do what we expect.  Also true that 5% of them don't.

Marte remains just off the Best Bet files, but he will be one of Dr. D's first tabs on the rookies* who are set to follow up strong.  Tough mindset, tough swing path, tough strike zone control, tough approach to the game.

< Previous post
Look at ME... I can be... CENTERFIELD!
Next Post >
A "Balanced Ballclub"
Blog:
Dr's Prognosis
Tags:
Ketel Marte