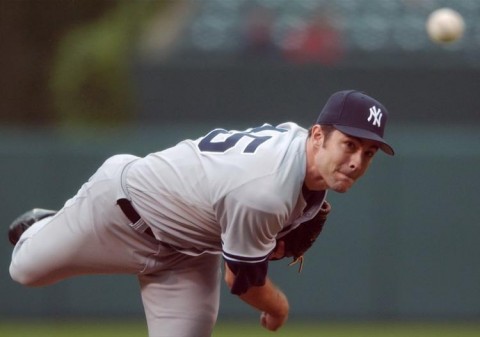 The thoughts in the CMS boxes are more interesting than the ones on the MLBTradeRumors headlines.  :- )  To root or not to root?

Obviously, Doc, you weren't in Saigon in 1970 where the weed was a dollar a gallon and we hooped for five and six-hour stretches in 90 degree heat and monsoon humidity.

And there are a few world-class chessplayers who drink beer at the board in big-$$$ tournaments.  There are plusses to altering your mind, of course.  And will cheerfully stipulate that some athletes perform BETTER on almost ANY drug, especially cocaine.

Can easily picture a scenario in which a few athletes can afford the testosterone hit of THC and come back with better performance because of the reduced tension.  I'll bet on Filia weed-free, though.  I'll take a liver surgeon who walks into the room drug-free, myself.  :- )

Really trying to find some interest here.  I guess I'm interested in watching some of our players, but not so much in setting up the locals for actually be in the game.  Not a pessimistic POV, maybe we need to wait a touch longer.  Or....maybe the sum of our unique parts are greater than I expect.

We do have a nice, long, no break lineup.  Maybe health has masked how much our staff may keep us in the hunt.

The Gerrit Cole trade put the Mariners firmly into the category of the 1980 U.S. Hockey team against the USSR.   Well, it's not as extreme as that; that was like a mid-pack Pac-12 team against Golden State.

But there's an art too, to rooting for Buster Douglas to have a career night against Mike Tyson, to rooting for a Joe Namath to do something special against the Baltimore Colts.

Personally Dr. D diagnoses three things after the Cole trade:  (1) we're gonna need somebody else to beat Houston in the postseason, somebody in the other bracket.  He does not like the mano-a-mano way these two clubs match up.

And (2) that pro sports owners are doing a great job of conning mid-market sports fans (about which more later).

And (3) that he thought baseball was dead and buried after Mike Mussina signed with the mighty 2000 New York Yankees.

'Padna remembers the STATS AOL board, in which we all agreed baseball had reached its death point, after the Jeter-Posada-Williams-O'Neill-Rivera-Pettitte-Clemens-Duque-Cone Yankees just went out and stuffed its face with baseball's premier FA pitcher.

But you might remember what happened in 2001.  There really is a tendency, over the course of sports history, for things to go against the grain of our expectations.

BTW, Dr. D is bullish on Gerrit Cole but not nearly so much on the Astros' pitching in general.   For me they had a lot of slot machine cherries ping the centerline last year; only 4 guys were over 1.9 WAR and of those, you've got a fragile Lance McCullers, a 13-2 Brad Peacock with 4 BB's a game, a Dallas Keuchel who just last year was trending way down...

I'm not saying they're the A's.  Just saying it's easier for things to go wrong in MLB than in the NBA.  If the cherries hit the centerline in 2018, the Astros may win 117.  If none do, they may win 87 (as the 2000 Yankees did with more talent than this Astros team has.  Get a load of that rotation!).

The Astros are doing what the [Unit-Junior M's] should have done with their amazing plethora of talent.  It's a little frustrating to see other teams do it the right way, but at the same time it shows that it CAN be done (properly/successfully) and that ownership really is a decisive factor in determining the quality of the on-field product.

The M's aren't one of the Super Teams in MLB these days.  Haven't been that since Jr., A-Rod, Edgar and Randy shared a field (even the 2001 squad wasn't that impressive on paper).

Kibitzing about their woes is going to be one of my favorite pastimes this year.  I'm hopeful they'll compete, and like Doc I'll keep looking for how they might go about doing that.  I just can't *expect* it any more.  Maybe that note of resignation is needed for the proverbial dam to break?

The Seattle Mariners ownership group has honestly never appeared to feel the slightest sense of urgency.  In Boston or New York or Los Angeles, after a certain amount of losing takes place, the media makes owners' lives very uncomfortable.  Here there is absolutely none of that.  Here we've just got a bunch of suits who think, well, if we win it all, that will be nice.  In the meantime we'll sit up in our suites and enjoy being baseball royalty.  Of course, the M's reign as MLB's longest-running non-playoff sideshow.

That's an emerging trend in sports generally; franchises con their customers into thinking if they're seeing pro sports, they're getting more than they deserve.  And fans, generally, are buying it.

Not here.  The "con" is that Soccer Mom is paying $170 to take her family to watch competition FOR A PENNANT and at SSI simply ain't buying what they're selling.  Here, the measuring stick is the threat of achieving, or not achieving, a championship.  That's all.

Like we sez, there really is a tendency, over the course of sports history, for things to go against the grain of our expectations.   I think my earliest baseball memory was watching the juggernaut Big Red Machine lose the World Series to the no-name Oakland A's.  Who or what is a Gene Tenace?

Not to say the better team doesn't always win.  But sports really does consistent of a long string of surprising outcomes.  That's any sport.

It's one thing to amass the greater talent and then go to war.  It's another thing to know that you're going to need some breaks, and then go in trying to upset the more talented team.  There's not really anything wrong with the latter, but it's an adjustment.  The M's now need some things to go right.

There is absolutley a thrill involved when you are witnessing something that should never ever ever happen - like then.  In that sense, it would (will?) be a thrill in watching the beloveds spin the Soviet's heads this season.

I would enjoy that immensely.

But even if that happens, the mid-market sports fans are still being conned.  If four of the SSI denizens were even willing to sit at a table of Monopoly and play with differing salaries and even a few guys with a head start in assets, the "low" guy might actually win 1 in 50 tries.  That, to me, doesn't justify the setup.  But the worst part isn't the setup. It's the fact that the "setup" is voluntary.

They are a mid-market team because that's what they want to be.  If the system continues much further, it'll eventually be because they have to be.

So.......Jeff you captured the only "why" that might help me keep interest - and that's the 1980 US Hockey parallel.  Yes.....that would be epic....and well worth watching.  But that can only happen once, plus if they fall short it's a monster difference between just missing and actually pulling it off.  And after that, then what?

And another spaghetti arm

M's picked up Chasen Bradford off the WW from the mets.  He actually wasn't bad last season, his first in the bigs.

From MLBTR:  The Mariners announced that they’ve claimed right-handed reliever Chasen Bradford off waivers from the Mets, who had designated him for assignment yesterday. Seattle’s 40-man roster is now full.

Bradford averaged just 90.6 mph on his fastball in that rookie season, but he has a history of limiting walks (1.6 BB/9 in parts of four Triple-A seasons) and has routinely turned in ground-ball rates north of 50 percent in the minor leagues. He also has multiple minor league options remaining, so the Mariners will be able to shuttle him back and forth between Seattle and Tacoma throughout the year, if needed.

Cole is a bit overrated, but

Cole is a bit overrated, but there is upside there.

I don't think the trade really changed anything, if anything I thought Houston gave up too much.

Of course I didn't like the Ms chances before the trade either, but there is a tiny window this year (that is closing).

'Overrated' isn't *exactly the word I'd use to describe him...maybe 'overhyped'?  He had so much fanfare coming out of the draft, and he's 'underwhelmed' (half-legitimate use of the word here) to the tune of 15.9 WAR in his first five seasons, with career ERA's and FIP's of 3.50 and 3.27, respectively.  But he's been a major asset since he made the big leagues, and his velocity hasn't really dipped at all (starting in 2013: 97.0, 96.7, 96.5, 96.1, 96.4), so there's not much in the way of injury concern there (edit to add: Yes, he's had a barrage of partial seasons--just like Paxton has.  With his velo steady as a rock, it doesn't *seem* to me that he's especially prone to a career-altering arm injury. But the <150 IP seasons certainly would hamper his FA case were he on the market looking for a $200mil deal...)

Put it another way: he'd almost certainly be #2 on our staff as it's presently constructed.