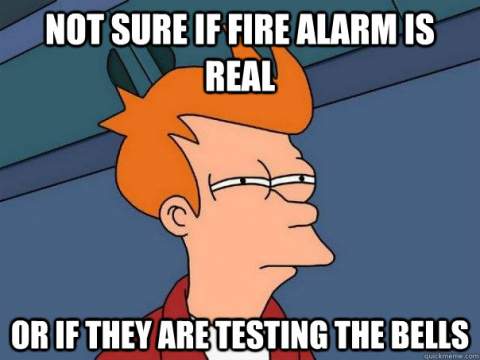 Lots of noise about Morrison being entrenched.  But!, it says here, the leash can't be real long.  A month's worth of .189 hitting from LoMo and we've got a different convo.  The M's have promoted blue-chippers who had considerably fewer than D.J.'s 700-800 minors hacks.

For most people, "Major League Ready" means you have ripped it up in AAA.  That'll do for me too.  But Jack Zduriencik is confident in his own scouting eye, and if he thinks Kyle Seager or Mike Zunino are capable of "learning in the big leagues," then they're in there.  I think that's cool.  Quiet, hardcore self-confidence is the basis of charisma.  And you know Jack can light up a room ;- )

Scouts from Omsk to Tomsk have swoooooned over D.J. Peterson's swing.  You can see some BP at this Shannon Drayer link.  Again, it's not like you want to write a $60M check based on batting practice, but ... ML teams do :- ) so why can't we write four bullet points?

As a matter o' fact we can, Cubby.

Just a coupla BP swings.  He does look like .350 standin' still, though.

Power-producing INF who was promoted to AA in June. Possesses big-time power from right side, but has controlled swing to make contact. Easy power to all fields and understands strike zone. Can also hit breaking balls. Not much speed and could move to 1B as he has subpar range.

There have been times when Zduriencik has been quoted, on the radio, quoting others ;- ) who compare Peterson to names like Bryce Harper.  Right, Harper was a once-in-5-years prospect, we know.  Point is, there are scouts who are clanging the alarm bells on one D.J. Peterson.  Raucously.

There is a certain level of "intuitive" scouting that is beyond the ken of you and me, who have not played pro baseball.  The guys who have done that, have a real tendency to put Peterson's potential up into that "special" category.

:: shrug :: I wouldn't know; a beautiful aiki sports motion doesn't mean that a baseball hitter can see a changeup early.  (Peterson has the rep of being able to keep his hands back on offspeed.)

Performance-wise, Peterson has done nothing to contradict the idea that he's going to be a cleanup hitter.  But has he exceeded Kivlehan, in context?  :- )

Bonus:  If you haven't seen it, here's a fun read on D.J.  It's a little gushy, which is what I like about it.

Right now, Kivlehan and D.J. are behind Weeks and Montero, but rosters churn quickly and I'll flat enjoy watching 'em in March.