Skip to main content
Dr's Prognosis
Daddy-O's (and SSI's) Playoff Dilemma
Atlanta with the luxury of a +6.5 division lead 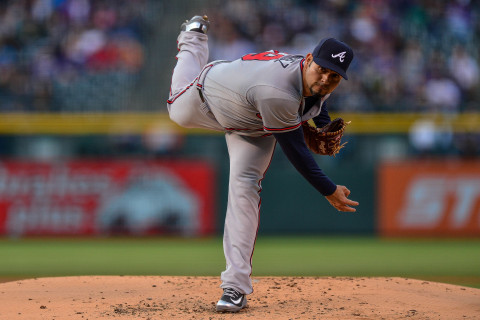 Moving from Seattle to Texas can't be as bad as Omsk to Tomsk, but it can't be a lot better.  Recent super-poster Daddy-O had to do just that.  Sez he:

The M’s had deflated me too many years in a row with promises of achievement that turned into nightmares, even in those rare years when they contended. So I expected I would take the relocation as an opportunity to leave my abusive “spouse.”  (James said it was very easy to leave his childhood team, the Royals, when the Red Sox hired him, because of this reason. - Dr. D)

At first I thought I would root for the team that had kindled my love of baseball and held my affections for my first 40 years, the Los Angeles Dodgers. This idea expectation held for a week or so until I came to grips with what it was like when most games started at 9pm in my new time zone. I like to watch games live, not on Memorex.

So that leaves me with the following teams: Atlanta, Cleveland, Philadelphia, Pittsburgh, Tampa Bay, and Washington.

After so many years of frustration with the Mariners, I DO want to have a reasonable chance at reward for my fandom. I also want to follow a young, up-and coming team. I want to see a team that has a chance to do what the Astros have done.

Rather than creating an "SSI team" to follow, my choice, which would be the Boston Red Sox ... it would be more fun to winnow the teams as we go.  If there is interest in SSI coverage of the playoffs, that would be great - in terms of a weekly column or somesuch.

Daddy-O goes with Atlanta, or so we'll presume until he says otherwise.  (If other Denizens want to chip in with their own October choices, so much the better!)

Let's see.... the Braves have easily clinched their division and therefore don't have to sweat the wild card.  They also sit on a little 4-game losing streak despite their 135-ERA aces, Anibal Sanchez and Mike Foltynewicz.  They've managed their IP totals well, so no SP sits over 170.2 IP, and can afford to align Sanchez and Folty how they want for their first round (what we once hoped the M's could do with Zeus).  First step in rooting them would be:  Daddy-O, do they actually plan to do this?