Skip to main content
Aiki Mechanics
Dr. Lorena Martin
As a rule, the Mainframe does not object to adding Grandmasters to the team 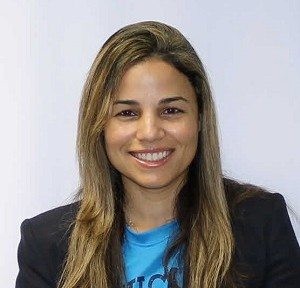 Matt sez, in response to the fact that SportSpyder captured some headlines referring to Dr. Martin,

After years of complaining that the Mariners are HORRIBLE at keeping players both healthy and maximally productive for their ability, the Mariners are trying something new and bringing in a guru in combining sports psychology, sports performance analytics, and training science into a big-data-driven department to oversee player conditioning, mental skills training, and conditioning science.

She wrote a book...any of you want to read it and tell me how she thinks? :)

Dr. Martin has a 30-minute presentation at this address --- > http://www.sloansportsconference.com/content/sports-performance-measurem....  Am going through it, not for the purpose of 'grading' her or anything like that, but with the idea of nailing down (for our purposes) what it is the Mariners believe they can accomplish with Dr. Martin's input.

The first 15-20 odd minutes explains differences between athletes on a biochemical level:  for example, for muscles to produce energy they recruit one of three "ATP" systems including:

Great.  That's what it's all about:  Observe, Understand, Predict, Control.  Aside from bringing more than her share of intellectual goods to the table, Dr. Martin is also a very accomplished tennis player, but has focused to date on sports outside baseball.  Such as basketball, football, soccer, and individual sports.

My question in this situation always begins with --- > to what extent does an understanding of biochemistry --- > genuinely translate to deltas in athletic performance "at the back wheels."  For example, let's suppose that we understand that Athlete X has a good explosive-phosphagen system but a lesser oxidative system.  Can an altered training system truly make a difference in the athlete's resistance to injury and fatigue in longer-term activities?

It is clear, though, that Dr. Martin has a Grandmaster-level comprehension of her subject, both at the micro (cellular) level and at the macro (sports enhancement) levels.  The Mariners are essentially inventing this position within MLB, which lags other sports in the area.

That's the big takeway for jemanji.  Lorena Martin is the real blinkin' deal, b'lee DAT.  30 minutes of watching her go make that much clear.  And she's the first of her kind in MLB, though not in sports generally.  Mega props for Jerry Dipoto on this one, end of story.  Sabes complain that MLB teams are sabe enough for them; they're going to have a hard enough time even understanding the value that Lorena Martin does in fact add.

At the 20:00 mark on the video, she goes into the question of ---- > does Narcissism and distorted ego form an advantage or disadvantage in sports.  Which comes first, the chicken or the egg?  She refers to Muhammad Ali in this discussion.

We mention this to give a feel for how wide her territory has been in sports enhancement.  From the 20:00 to the 23:00 mark on the video, Dr. Martin touches on the difference between "true confidence" in sports, vs. the "social veneer" type of Narcissism that often comes crashing down under pressure.  As a student of Aikido I really enjoyed what I heard.

Q.  Can Dr. Martin use her knowledge of cellular biology to analyze James Paxton and design a training routine that will minimize his chances of injury?

A.  I don't know.  I rather doubt it - that is, I mildly doubt it; I'll believe it when I see it.  But on the other hand, there are few people I'd rather have making the attempt.

We suspect, though, that if the Mariners told us, they'd have to kill us.  So I'll buy the book, I guess, make some aiki speculations, and then the Mariners can shrug off the public's observations as to what they're up to.  In that sense, Jerry Dipoto has become a worthy successor to Chuck Armstrong.  40 years' worth of less-than-amazing results have seldom prevented the M's from feeling like their "internal secrets" need top-level protection.

... we kid.  This is MLB culture more than it's Mariner culture; Pete Carroll will laugh and talk X's and O's with you as will Steve Kerr.  Scott Servais looks left, right, back down the hallway to see who's listening ...

/rant Dr. Lorena Martin knows whereof she speaks.  Whether she will find any strapping young 6' 4", 225-lb men to listen to her might be another matter.  Maybe it will be enough that Mel Stottlemyre Jr. will.

Such prescription must come with a currency that MLB players will readily buy into.  If Dr. Martin is seen as an expert who speaks an athletes lingo and delivers results, then you will get buy in.   I expect the whole phosphagen discussion goes nowhere with most players.  The exception will be D1 college guys, as college programs are likely light years ahead of MLB in trying this stuff.

A point:  Edgar isn’t a great hitting coach because he has more PHDs than the next one, he simply makes the art of hitting more simple.

Dr. Martin’s ability to improve performance will live and die on this point, as well as player initial buy-in.

So let’s label her a Sports Psycho-Physiologist, but not yet a breakthrough.

Personally,, I think trying this stuff on an institutional level is a real reach.

I don’t doubt she’s onto something, but the devil is in salesmanship and presentation.

Hop, skip and jump or IHOP

Back in the 1980's, in certain parts of the world (near the arctic circle and Australia, particularly) a new approach to training thoroughbred race horses gained some momentum.

It is called "interval training".

Thoroughbred horses, unfortunately, seem to be disposable commodities (and tax write offs), what with racing two year ol s at max speeds after a series of accelerated fast twitch type short workout sprints to build the base.

This often results in "bowing", where a tendon in the lower leg is distended and pulls from the bone ... and it is generally thought that this "strengthens" the lower leg bone by "creating" this situation at an early age.

In a typical "interval training program" the distance is slowly increased with every fourth or fifth day of no work at all.

Unfortunately, this type of program requires a half hour ambling around the track and that won't work in most racing circles because the trainers don't  have the time for this because track owners only open for workouts in early morning hours so they can prepare the track for afternoon or evening racing.

You can't have 800 critters running around for 30 minutes every four mornings out of five.

And write-offs mean you can't just let babies chew grass until they are ready to enter training ... they are an asset and the IRS takes a long look at "hobbyists" versus professional oriented profit seekers.

One of my neighbors is convined that the reason we see pitchers breaking down is because they are not allowed to go out from age five, get on their bikes with their buddies, and ride off to a field where they are unsupervised, interpret their own strengths at all positions ... and their trainers are their buddies who evaluate skills, and, let them know where they stand in terms of improvement and skill level.

Nearly every day during the summer (and spring and fall in some regions) ... and such programs often ended in split lips instead of dinged arms ... because they were, in fact, on interval training programs.  Everybody pitched (at least once in a while ... or every day) and when their arms started to mature after doing the for  5 - 10 years their arms were ready for a career.

Now it is mom driving them to practice for two hours then drive thru dinner.

What was Tommy John before there was a Tommy John?

Perhaps not Warren Spahn, but a lot of guys who pitched for years without arm problems grew up on interval training even though they didn't know what it was.

The hiring of Dr. Martin could make big changes in the training regimen for each and every player ... but, indeed, a few established players are going to have to buy-in immediately to get a new approach off the ground ... and they have to be serious, not just tossing in lip service.

If DePoet has been looking at this approach and hire for a year you know he is invested in what she has to say, and the coaching and training staff will be on notice that what she sez goes.

The GM is approaching this like he has approached building the team ... get in early, don't wait around and copy others after they have grabbed the full plate first.

Culture, age, ego all have to be tossed into "team".

Will her programs assist the wagon team get to it's destination?