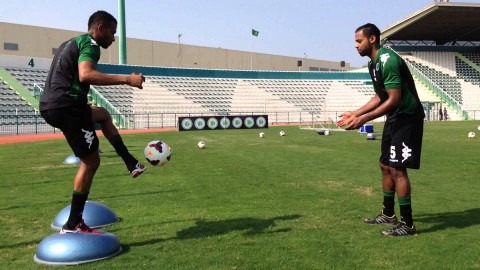 Jerry DiPoto had said that he acquired Ariel Miranda due to his athleticism.  Dr. D asked for suggestions as to what that could possibly mean for a baseball pitcher!?  Baseball PLAYERS ain't athletes.  And that being the case, what do we say about tall, geeky, uncoordinated left handers who make a fielding error once a week and who throw 99 miles per hour, such as Randy Johnson and James Paxton?

Didycel gave us this sparkling answer:

To me, we are all "athletes", but I know that at the elite level of sports, a special confluence of factors must come together for an evaluator of elite talent to stamp us with the anointed label of "athletic".

I suspect the major factors include:
1) Exquisite Proprioception
2) Elite genetic ability to generate power and or endurance
3) Desire to execute
4) Intuition or "feel" for the sport-how the brain is wired to respond to the stimulation of the sport

The talent evaluator looks at the top list when determining if it's worth their time to execute the bottom list.

Assumimg desire and intuition, the athlete factors boil down to proprioception and elite genetic physical ability.

An "athlete" in high velocity sports that require painstaking precision and accuracy will have both. The ones termed "athletic" will have both to a greater degree as well as learned a few of the teachable factors listed.

When watching their bodies in these situations, the elite talent evaluator is seeing the body finitely aware and reacting with great force and precision. It stands out when you're near it, as I'm sure was obvious with every great athlete. It's fairly common to run across these athletes, but they do not all succeed, because it takes more than just being "athletic".

I hadda look up that ten-dollar word "proprioception."  Sounds like it means body control, but in a more pleasingly aiki sense of the word - coherent awareness of where your body parts are.  This, I know James Paxton AIN'T got, but I also know Taijuan Walker and Eddie Diaz doth.

Bill James once made a "family of pitchers" around Randy Johnson types who couldn't field their positions.  He has also said that when talking about LEFT hand pitchers, the main thing he watches for is "grace and balance." This is exactly the type of [organization around one's CG] that aiki shihan are interested in.  It's the first thing they will be looking at with a beginner ... but do baseball coaches focus on this? Hmmm.

Let's suppose that Ariel Miranda has unusually high "Proprioception," even by the standards of MLB pitchers (or DiPoto would not have called it out).  Let's suppose further that Miranda's actual MECHANICS are as sickly as Dr. D accused them of being.

Like Taijuan Walker in 2016.  Proprioception is PRECISELY the problem I would diagnose with him, up until his last three starts.  But as Didycel pointed out, a kid has to be willing to change, too.

Russell Wilson, among his oodles of other virtues, is fun to watch this way.  He spins, stutter-steps, CG properly over his feet in chaos, takes a half step, and flicks the ball downfield on a dime.  Three times, in fact, on that one TD drive (Graham, Baldwin, and Spiller was it)?  Kam Chancellor is athletic, but Russell Wilson has the kind of body control you see out of soccer strikers.

Jimmy Graham has shown some of his basketball-style body control the last couple of games.  If he now is ready to give the Seahawks the semi-Gronkowski type asset they thought they were getting, this could be the Seahawks' best team ever.

Robinson Cano, especially on the unhurried 4-3's that win by 0.03 seconds.  Felix Hernandez' mechanics all work powerfully together in a large-muscle kind of way.  Iwakuma's, in a balletic sense.  In the NBA I enjoy watching guys who can create innovative shot motions on the spur of the moment and from any angle, such as Steph Curry.