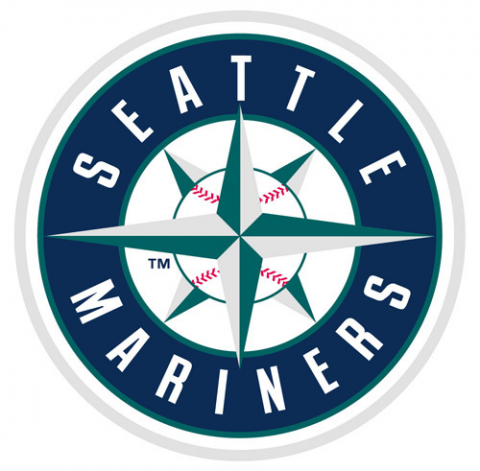 For my second submission, I present my take on the off-season plan. I've tried to keep it realistic, using RosterResource.com for ideas and info on relative salaries, Rule 5 status, etc.

Trade Dee Gordon to the Yankees for Sonny Gray

The Yankees think (know) that Gray isn't a good fit on their team and are anxious to trade him. But of all the RHSPs who are or might be available, Gray is actually the guy that has the most upside and is the best fit for the Mariners. A front three of Paxton-Gray-Gonzales would be a formidable group. With the loss of Didi Gregorious, the Yankees need a shortstop, which Dee has proved he can play decently, or they can use Castro at short and Dee at 2nd, where's he's World-Class. Either way, it's a nice match.

This one is obviously much bigger. The Rays need a starting pitcher, preferably one that can be a staff leader, for their very young staff. But they are, as always, in need of a bargain. Leake is a steady, reliable, not much more than .500 but always competitive, type of pitcher who would easily slot in as their #1. Under this plan, Sonny Gray will take his rotation spot unless the Ms want to force the issue with King Felix. The Rays are discussing trading Kiermaier and using Mallex Smith in CF almost purely from cost considerations, although Kiermaier has also been less than durable playing on the rug-covered concrete in Tampa. Bringing him to Safeco has every chance of making him healthier and extending his career as a World-Class CF with a bottom-of-the-order bat.

Trading Healy allows the Rays to put a better fielder at 1st than C.J. Cron, and since Ryon is still pre-Arb, saves some money. In exchange, the Mariners raid the Rays bulging farm system for several strong prospects that can fill in the AA/AAA level. The Lowe brothers are Nathaniel, a 1st baseman with a strong bat but slow legs, and Josh, a CF of significant promise. Josh is the younger at just under 21 and played A+ last year and is ready for AA. Nathaniel is 23, played at AAA last year, but is blocked by Jake Bauers and uber-prospect Branden McKay, as well as by Healy/Cron. But as a bridge to Evan White and a potential DH later he would be a nice get. He and Joey Curletta can compete for duty at 1B, with one at Seattle, one at Tacoma. Colin Poche, while a ways down on the Rays prospect listings, was 5-0, 1.08 ERA and a 0.92 WHIP at AAA Durham last year. He's a LHRP who'd look real nice alternating with James Pazos. And like James, and unlike other near-term Ms prospects, he's effective against RH hitters as well.

The Rays also are in need of a Set-up Late Innings RHRP. Dan Altavilla sweetens the pot for them.

Trade Daniel Vogelbach to the Twins for Zack Littell

Trading away Littell was, at the time, perhaps necessary. Since then, though, he's continued to prove why so many of us liked him. He's a gutsy, determined pitcher who could slot in as Tacoma's #1 and the M's #5 or 6 very nicely. With Mauer's retirement, there's opportunity in Minnesota for a 1B/DH and Dan might get a real chance there.

Trade Chuck Taylor and/or Ian Miller to the Giants for Pitching prospects (Juan De Paula, anyone)

Taylor and Miller either have to be rostered or they're Rule 5 bound. Same with Braden Bishop. I expect Bishop to get a 40-man spot. The Giants need outfielders, particularly MLB-ready fast ones. Actually a pretty good matchup. The Giants have some decent pitching prospects. DePaula is still in A ball, but is pitching to a sub-2.00 ERA and 1.22 WHIP. Another one the Ms should try to get back.

This is my most controversial suggestion. Maxwell is a starting-capable catcher who has made some personal mistakes, has been replaced by Lucroy and Beau Taylor in Oakland, and needs a new start. He's a military brat, so I personally believe he's recoverable in the right circumstances, and that Seattle might be the place. Oakland appears to want to shed him, but a LH hitting, starting capable Catcher still has value, so they probably won't just cut him. Having Maxwell to give Zunino time when he's slumping would really strengthen the team.

OK, what do you guys think?