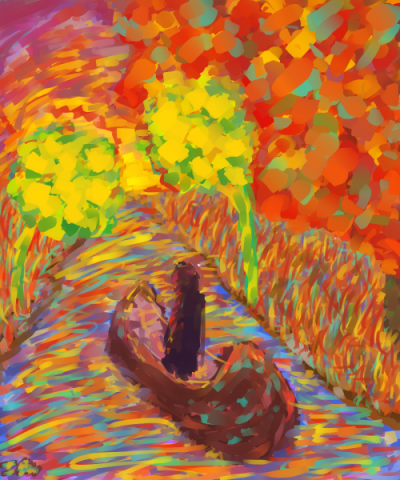 As far as we know, the main Detect-O-Vision Plus site is still nominally under construction.  That is fine with Dr. D, since he's had eighteen kinds of tangerine trees and marmalade skies of his own to deal with recently.

One site that is clear sailing for yer, though, is the Future Mariners sub-domain that is being worked by Jim (Spectator) and Tod (Tacoma Rain).

I'm still kinda figuring out the bells and whistles myself :- ) but under http://futurems.detect-o-vision.com, "Home" takes you to Tod's area.  This is "Stud on the Farm" territory and, below the carousel, you can sort Tod's articles by date, name, and category.

On May 27th, Tacoma Rain/Tod published a 3rd update for Clinton, our class A affiliate in the Midwest League.  This was the 2nd update, and this rat cheer was the 1st update.  Perhaps the categories on this site should be "Tacoma," "Jacksonville," "Padres" and so forth?

Any time Tod proclaims a Mariner farmhand a "stud" he lays it out neatly with:

The first Clinton update profiled Pat Peterson, one of the "Doublemint Twins," and points out that Peterson models his game after Cliff Lee.  Fun stuff.

Go to http://futurems.detect-o-vision.com and click the 26 in the Mix tab or the Watch List tab, and you're wallowing in the archives of Spectator's minor league stylings.  Here is Jim's April 10th list of pitchers to watch, those outside his Top 66 but, in his view, still worth a simoleon.  The list nods politely at an old Dr. D fave, Forrest Snow of the "forrest fire" fastball and "snow flake" changeup.  Spec sez:

The Mariners love giving chances to Snow. I mean, they drafted him in 2007, and, after he chose UW, they drafted him again in 2010. Since then, he’s had all kinds of mixed results and hopped around all different levels, but he’s not out of chances yet. The organization gave him an invitation to spring training after a decent year mostly at Tacoma. He’s still a longshot, but he keeps lurking and running strong strikeout totals, so he still may make a Seattle appearance.

Bat571 was running a really cool minors "Daily Digest" in April.  Since it's a subdomain, you can click to it along the top menu bar that Benihana set up.  Here, it's not so hard :- ) go to http://futurems.detect-o-vision.com --- > then click Daily Digest in the dark gray menu --- > then sort by date in the blue ribbon below that if so desired --- >then click on Future Mariners Daily Digest 2015 04 24.   That day's entry alerted us to a Chris Taylor surge...

OK, I think I'm startin' to get it.  If not the M's talent below decks, at least how to navigate a 21st-century website.

Thanks for the call out Doc.
Just for clarification for those of you who have not read any of the Stud on the Farm posts... I am writing a post for each team of the Mariner minor league system about every two weeks about the pitcher on that level has performed well over the past 2 weeks or so. This way I should be getting a look at starters every 3 starts and relievers roughly every 6 outings.
Thus far I have highlighted 12 pitchers... 8 starters, 4 relievers... 8 lefties and 4 righties.
For what ever it is worth, the first pitcher I highlighted was Mike Montgomery... and the first reliever was Mark Lowe.
Any feedback would be appreciated.

Can I get a link to the TR Montgomery scouting report

I looked on the d-o-v site but couldn't find it.  Can I get a link, or could you repost the scouting report over here?
Thanks.

At the very bottom of the articles on the front page there's a link that says "Older Posts."  It was there.  But it also came up when I used the search box for "Mike Montgomery."
Anyway, here's the link: http://futurems.detect-o-vision.com/2015/04/27/stud-farm-tacoma-1st-edit...
I suppose it's OK that DOV+ remains mostly un-launched given the state of GreaterMarinerland, but Tod has been a workhorse anyway, so check out all of his stuff!

Slow Mo video of the wind up really helps to understand a guy.  Nice work in finding that.  The high overhand delivery of high heat at a downward angle seems to have worked out for Paxton.  Maybe this Montgomery guy will be good too.